Facts about the new Environmental Lubricant
• Performance assurance has been achieved by benchmarking the fluid through testing against existing lubricants of known performance and track record,
• An alternative environmental oil solution, which has little or no additional risk to reliability, and with the benefits of higher performance,
• Further rig testing and real life machine running hours will ensure maximum confidence before launch,
• For wet gas compressor the contra-rotating seal tests and full compressor trial are planned, with TRL4 to be reached by March 2014,
• Next steps for the hot pump development (400F/ 204C) is to qualify the elastomers/polymers over a wide temperature range for extended periods,
• Market demand for larger capacity machines will push performance limits of the barrier oil. 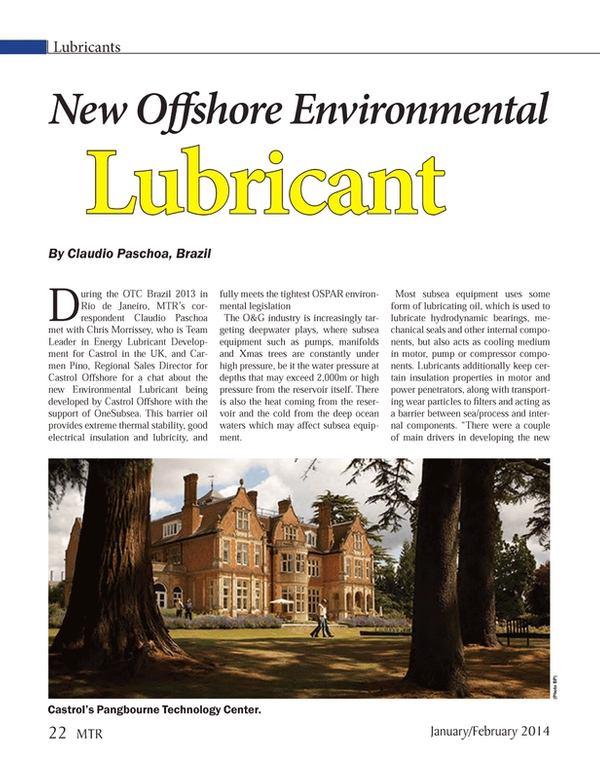