60 years of experience in the Puerto Rico trade corridor provides Crowley with the knowhow, means and staying power for the 60 that will surely follow. 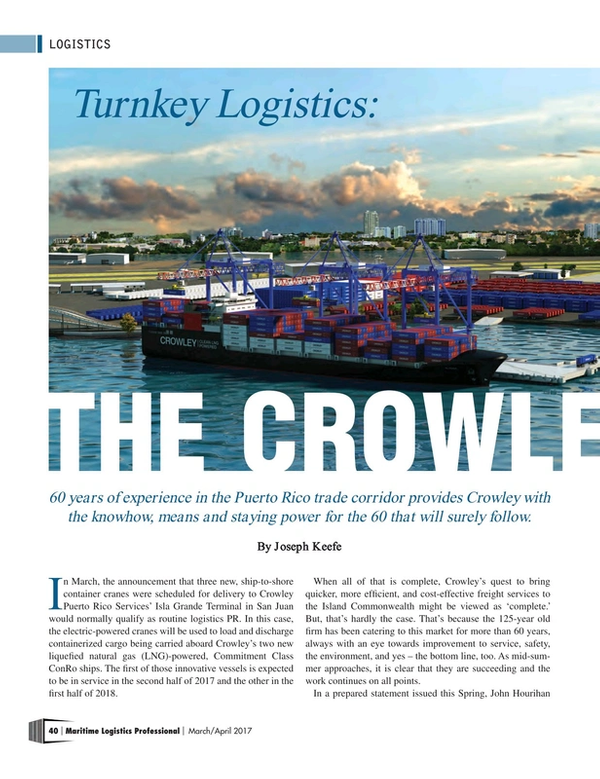