Cryogenic hose technology is driving a rethink of LNG transfer in bunkering – and beyond. 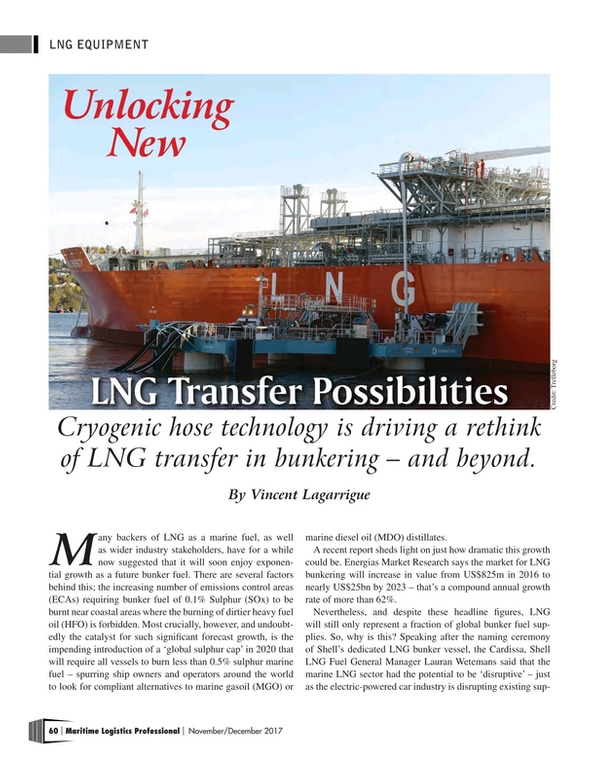 Other stories from Nov/Dec 2017 issue