John T. Gilbride, chairman and chief executive officer of Todd Shipyards Corporation, will be installed as the 33rd president of the Whitehall Club on November 21, 1978, at the club's Presidential Ball.

Mr. Gilbride has been a member of the Whitehall Club since 1958. He joined the board of governors at the club in 1966, and in 1974 was elected second vice president.

He became first vice president in 1976.

For many years, Mr. Gilbride has been a leading figure in the maritime industry. He is a staunch advocate of American seapower and a leading spokesman in behalf of the reconstruction of Naval forces and the American merchant marine.

Henry, president of J.J. Henry Co., Inc., naval architects, who served as president of the Whitehall Club since 1976.

The Whitehall Club, which was formed in 1910, is one of the outstanding maritime-oriented luncheon clubs in downtown New York City. The club's facilities are located at 17 Battery Place, overlooking lower New York Harbor. 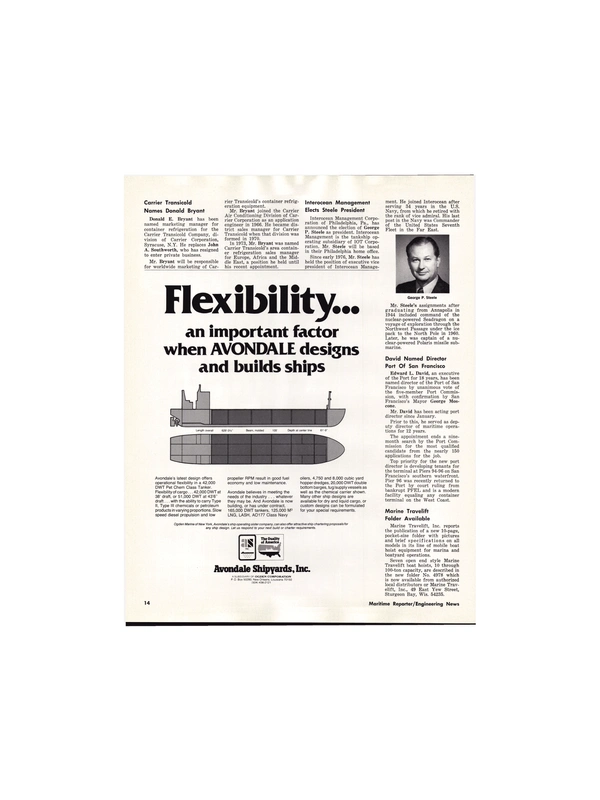