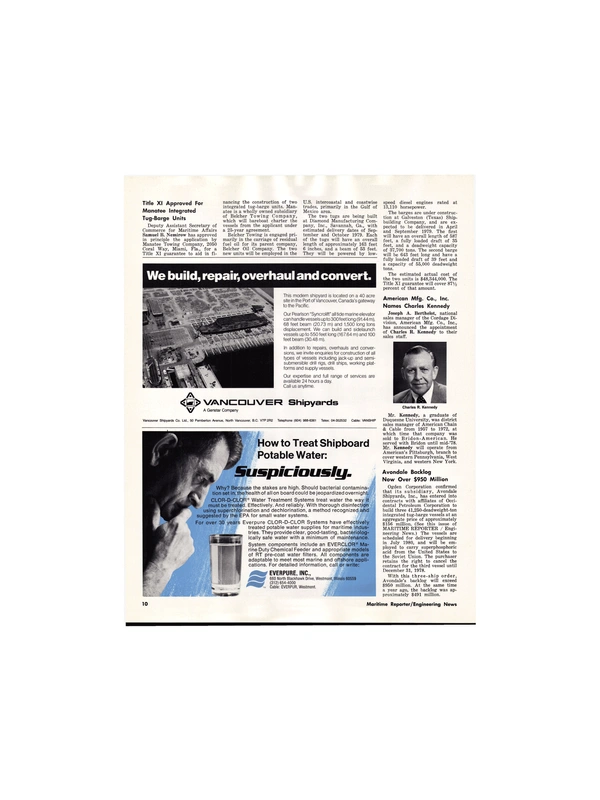 Read $156 Million To Avondale To Construct Catugs For Service To Soviet Union in Pdf, Flash or Html5 edition of November 15, 1978 Maritime Reporter