The $1.3 million contract involves a major modernization that will result in Halifax Industries being one of the most modern shipyards of its size in North America.

This modernization will include a complete shotblast and paint line for steel plates and structural shapes. An automated materialhandling system will convey the surface-treated material into Halifax's fabricator shop where the material can be stored or fed to the TTS Panel Production Line.

The panel line will be used to produce stiffened panels and sections.

The panel line features a singleside welding process that welds a series of plates into a plate blanket. Also featured will be several TTS patented mobile gantry systems for the mounting and welding of stiffeners and webs to the plate blankets.

This is the third major panel line contract received by TTS, Inc.

in the past 11 months from North American concerns, and is the 16th shipyard production system installation contracted from TTS internationally in the past three years. 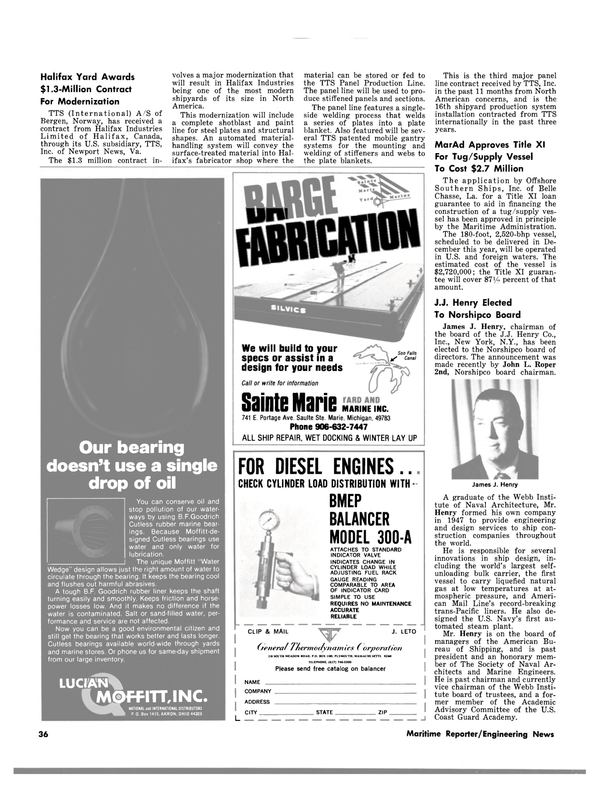