Hongkong United Dockyards Ltd. has signed its largest order to date: a $30-million contract f o r a ship conversion. The conversion, from a heavy ore bulk carrier to an offshore oil drilling ship, follows a similar conversion by HUD in 1975, and its total worth when completed will be $80 million.

"The worldwide demand for offshore oil drilling rigs and a consequent shortage in supply of platforms has boosted further the current boom in specially constructed drilling ships," he added.

The converted drillship is to be known as the Energy Searcher and it will be delivered to its owners, Pacific Supplier Inc., by July 31, 1982.

The conversion will involve major steelwork modifications, new accommodations to the latest Australian government requirements, the fitting of a helicopter deck to take Sikorsky S61N helicopters, and the installation of a sophisticated eight-point mooring system.

It will include an extensive array of machin- ery and equipment to serve its 240-foot-high derrick tower which is positioned over the moon pool.

Drilling equipment, c o m i n g f r o m the U.S.A., Europe and Japan, will be installed and tested by HUD before the vessel is handed over.

Energy Searcher will be managed by Atwood Oceanics on behalf of the owners, which include Offshore Oil N.L., an Australian oil and gas exploration and production company. The vessel will operate in Australian offshore waters and will fly the Australian flag.

The ship is already berthed at HUD's Tsing Yi Island base. 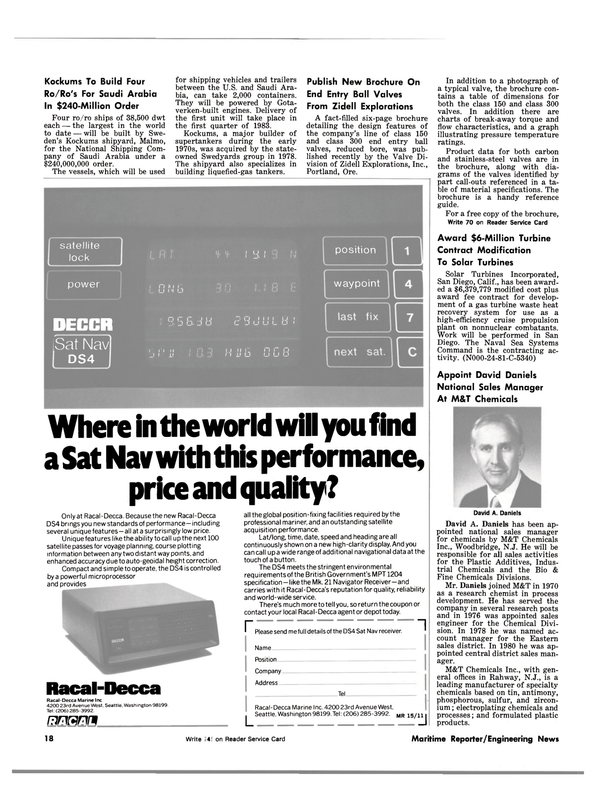