A survey conducted by the Canadian Shipbuilding and Ship Repairing Association points to a need for over 400 new vessels and floating equipment at a total cost (in 1981 dollars) of over $33 billion over the next 10 years.

Expenditures, says the association, have already begun to build up with $700 million in orders placed abroad in the last nine months. The survey was based on replies from major shipowners, petroleum companies, and government agencies.

According to the survey, the cost of ships and floating equipment required for the exploration and recovery of petroleum in the Arctic will exceed $13 billion. The outlay for those off the East Coast will surpass $13 billion.

The cost of vessels for the Great Lakes, the St. Lawrence Seaway, coastal trade, and commercial fishing will total about $5 billion.

Claims have been made, notes the association, that the Canadian shipbuilding industry cannot build large complex vessels such as those needed in the Arctic. Henry Walsh, the group's president, refutes the claim, stating that only the large Arctic LNG carriers and the very large icebreaking tankers are beyond the capacity of Canadian yards.

"With the likely early expansion of one or more existing yards together with the construction of one or perhaps two world-scale shipyards, not only will the building of all types of vessels be possible but the total capacity should be such as to enable the Canadian industry to meet most of the projected vessel and floating equipment needs during this decade and in the decades to come," asserts the association.

However, it adds, the orders should be paced with the buildup of Canadian shipbuilding capacity.

The association urged the Federal Government to adopt a "sound" policy so that future industrial, technological and employment benefits accrue to Canada.

If the Arctic LNG carriers, icebreaking tankers, and other specialized Arctic and offshore equipment are designed and built in domestic yards, then Canada will continue to be a leader in Arctic marine technology, the association stressed. 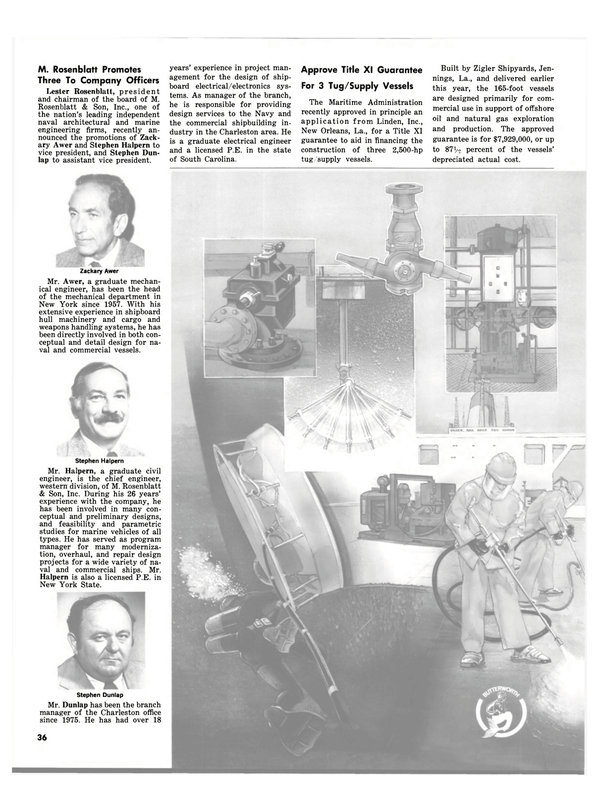