The Medal of Honor, the most prestigious and highest award granted by the university, was given to Captain Chao in recognition of his continuous professional and academic contributions to the shipping industry. Captain Chao serves on the St. John's advisory committee for its business administration programs and is active in its Asian Studies Center.

He received his master's degree in business administration and his doctorate in commercial science f r om St. John's.

Captain Chao is a director and chairman of the audit committee of the United Orient Bank in New York. He has served as president of Foremost Maritime Corp. for 12 years. The company represents a group of shipowners with more than 45 oceangoing vessels.

Besides long-term contracts in chartering and n e w b u i l d i n g s, Foremost is involved in ship financing.

Captain Chao is only the 19th alumnus of St. John's to receive the Medal of Honor. 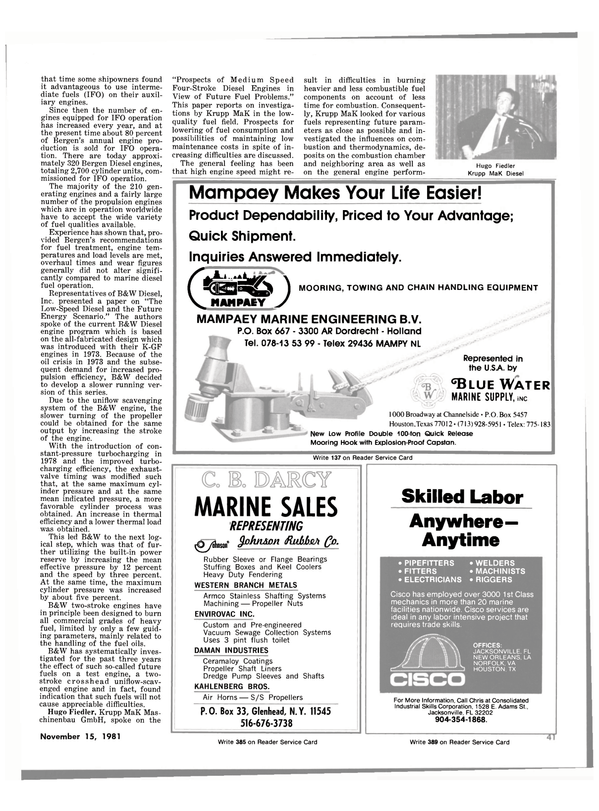