Union Marine Transport Company, a shipping joint venture for transporting bulk chemicals, has been established by Union Carbide Corporation and Marine Transport Lines, Inc., it was recently announced by the two parent companies.

According to James H. Rand, president of MTL, "The new firm will transport a wide variety of bulk chemicals for the United States chemical industry." The new firm has a fleet of three vessels under U.S. registry: SS Chemical Pioneer, a chemical tanker which has just been delivered to Union Marine by Newport News Shipbuilding, Newport News, Va.; the chemical carrier SS Alaskan, and the oceangoing chemical barge Jo Anne.

The chemical carrier SS Chemical Pioneer is a 688-foot-long 35,000 deadweight-ton-vessel.

Mr. Rand explained, "As the fleet is now constituted, MTL will be able to offer to chemical companies the space to move small parcels at costs competitive with those moving large quantities of chemicals in bulk." The concept of "piggybacking," or parcel tanker trading, is not new to the chemical or shipping industries; however, up to now it has been far more extensively employed in foreign trade. MTL and Union Carbide, through Union Marine Transport, are now bringing this concept to the U.S.-flag domestic trade in a significant manner. 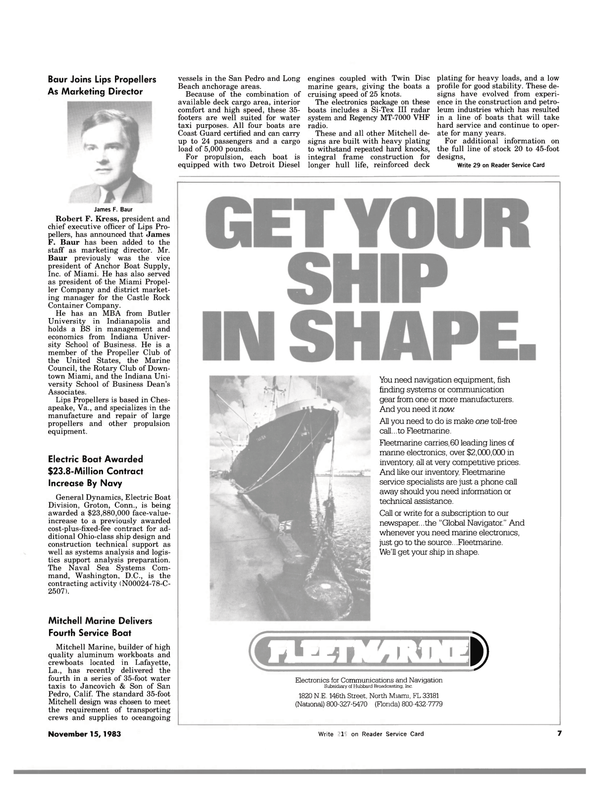