Charles H. Rains, president of St. Augustine Trawlers in St. Augustine, Fla., recently announced the signing of a contract to construct an 85-foot by 24-foot steel trawler for Salvatore and James Bramante of Boston. Designed by John W. Gilbert Associates, Inc. of Boston, the vessel will be powered by a Caterpillar 3508 diesel engine with a rating of 775 bhp at 1,600 rpm, and will have two Northern Lights 40-kw generators. The trawl winches to be supplied by Pine Hill Equipment Company will be driven by power takeoff from the main engine via Marco air clutches.

Mr. Rains said this will be the second vessel delivered to the Bramante family in less than a year.

The new vessel is scheduled for delivery by the end of October this year. He also announced the completion and successful sea trials of the 80-foot by 40-foot Small Water- Plane Area Twin Hull (SWATH) vessel Charwin.

The SWATH craft is a prototype developed by Mr. Rains, and is believed to be the first vessel of its class engaged in commercial fishing in the world. The vessel's stable platform allows it to carry a large deck cargo and work in sea conditions in which conventional vessels could not operate. The Charwin is currently shell stocking scallops out of St. Augustine. Mr. Rains is very optimistic about the adaptability of the SWATH vessel to search and rescue and seismographic applications. 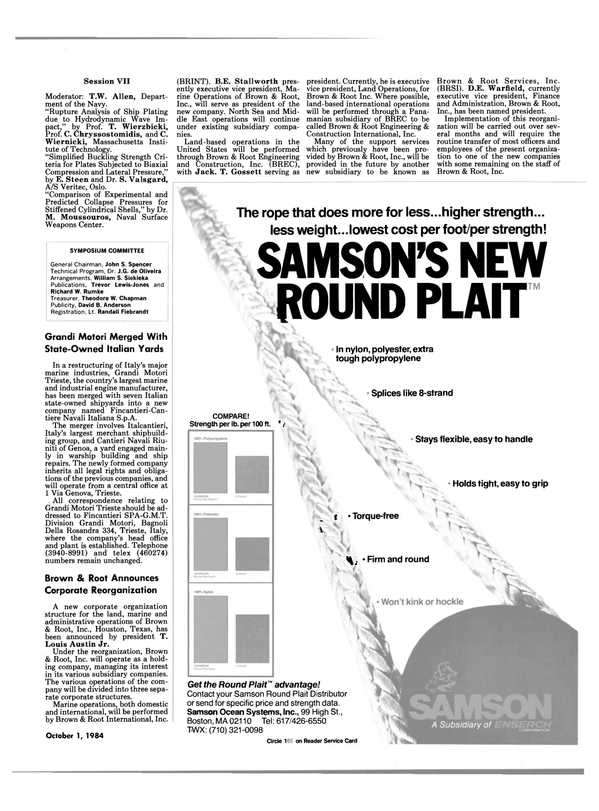