Financial terms of the agreement were not disclosed, but Mr. Taggart said that the initial year of the contract calls for a minimum of 110,000 tons, 220,000 the second year, and 330,000 tons for each of the remaining five years.

Source of the coal will be Freeman United's Fidelity Mine near Du- Quoin, 111. It will be moved by rail to a dock on the Mississippi south of St. Louis, where it will be loaded on barges operated by Mid-South Towing Company, a TECO subsidiary.

Mid-South will deliver the coal to the Davant, La., transloading terminal of Electro-Coal Transfer Corporation, another TECO company.

In addition to Mid-South and Electro-Coal, TECO Transport companies include Gulfcoast Transit, an oceangoing tug/barge fleet that carries coal and other bulk products between U.S. Gulf Coast ports, Tampa, and Central and South America.

Freeman United is a division of Material Service Corporation, a Chicago-based subsidiary of General Dynamics. 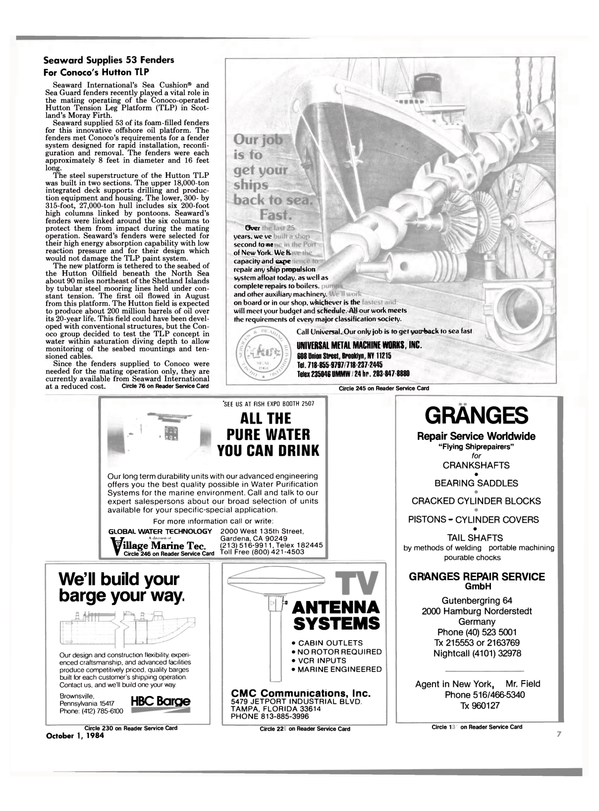