John F. Borum, vice president of the American Bureau of Shipping, has received the Outstanding Professional Achievement Award from the U.S. Merchant Marine Academy at Kings Point, N.Y. He is a 1944 graduate of the Academy.

This prestigious award is presented to graduates who have distinguished themselves in business or professional life to lend honor to their profession and the Merchant Marine Academy. At the award ceremonies held at the Academy recently, it was noted that Mr. Borum had achieved his license as chief engineer within 20 months of graduation. He sailed as chief for four years before coming ashore as port engineer with Seatrain Lines.

He joined ABS in 1958 and spent 15 years in the Far East before moving to Genoa, Italy, as principal surveyor for the Mediterranean Area.

He returned to Bureau headquarters in New York in 1978, and has become vice president, Operations Division 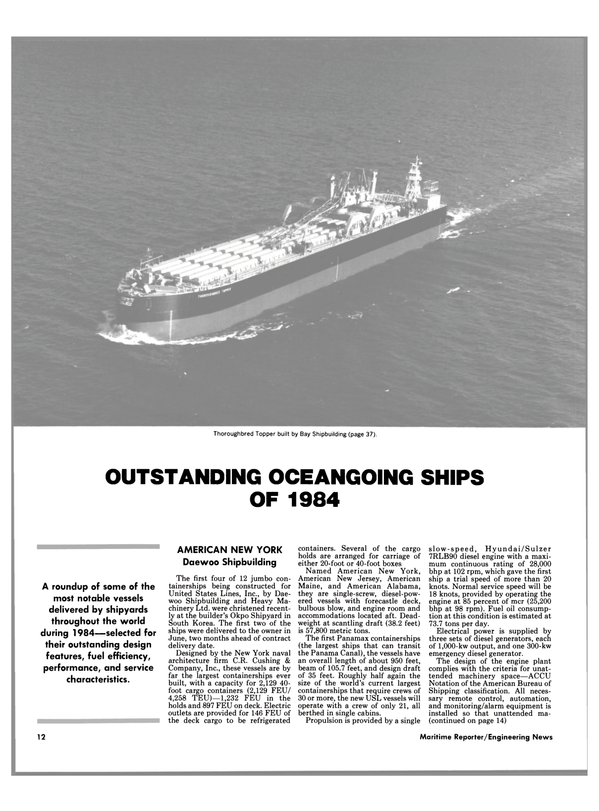