The channel processors include features that will later permit direct ship's dialing to domestic/international telex subscribers and automatic rerouting of messages to predetermined subscribers.

The initial phase should be installed mid-1985, and will be prepared for later upgrading with Model TT-1000 communications processors for store-and-forward telex handling in both shore-to-ship and ship-to-shore directions. 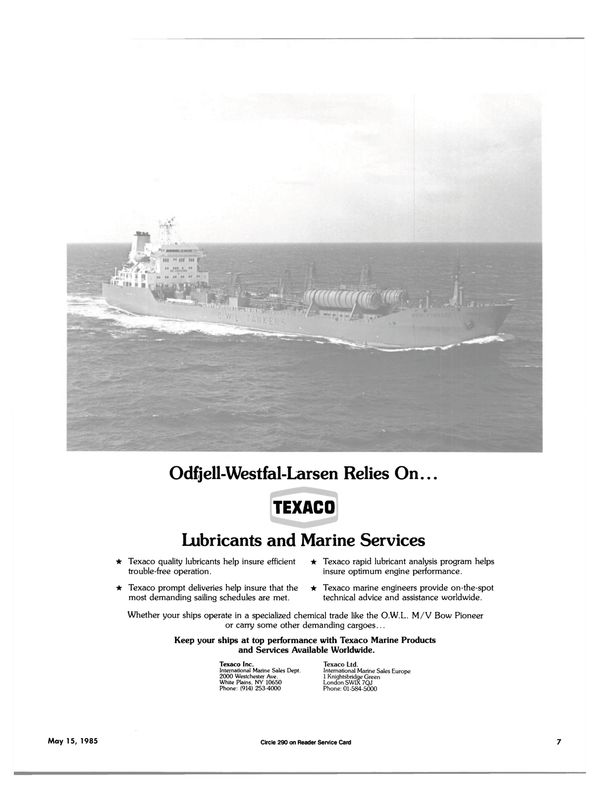