Rear Adm. Oscar Hughes, project leader with overall responsibility for the Royal Australian Navy's new submarine project, recently visited Sweden's Hedemora Diesel AB to test-start a prototype engine that is one of a series of engines intended for six submarines.

The order, which includes a total of 19 engines, including logistics, is a significant breakthrough for Hedemora Diesel in the international naval vessel market. It is also confirmation that the company is manufacturing engines that satisfy the technological requirements of the 1990s.

The test-start of the prototype engine is an important milestone in the total delivery program, ordered by Australian Submarine Corporation, ASC, which will be completed in stages between 1990 and 1995.

For the 1990s, Hedemora Diesel is focusing increasingly on the development of high-performance engines for naval-defense installations. 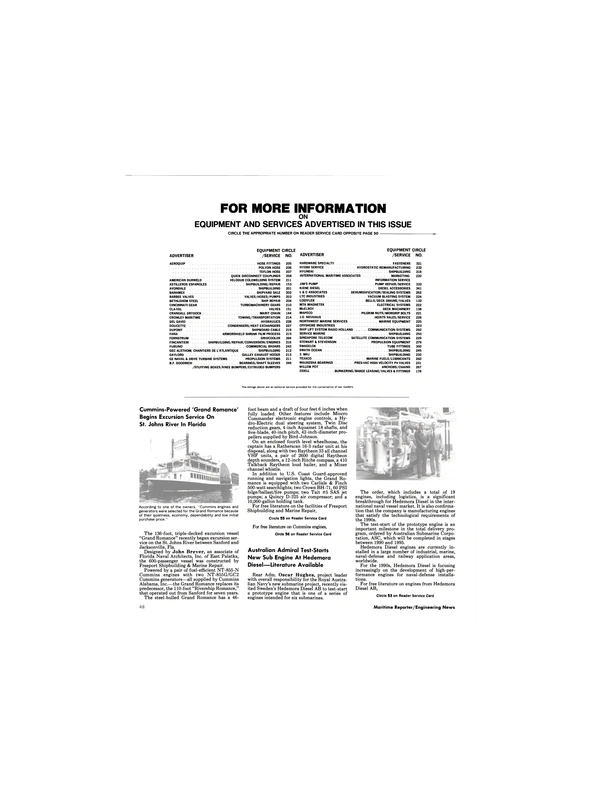