The Maritime Administration's proposed rule making it clear that certain vessel repairs performed in foreign shipyards may qualify for subsidy is opposed by U.S. shipbuilders.

John J. Stocker, president of the Shipbuilders Council of America, said in a recent letter that the proposed rule is "bad public policy in that it ignores a vital consideration underlying the 1936 Merchant Marine Act." Mr. Stocker said that MarAd is obligated under that law to "foster and promote the development of the ship repair base of the United States." The proposed rule change would make it clear that whatever portion of a repair is domestic is eligible for subsidy, even if done in an overseas shipyard.

The shipbuilders council "totally disagrees" with the proposed rule.

"Instead, the council urges that the two components of vessel repair, the part and the installation thereof, be tied together to be eligible for the payment of maintenance and repair subsidy to an operator," Mr. 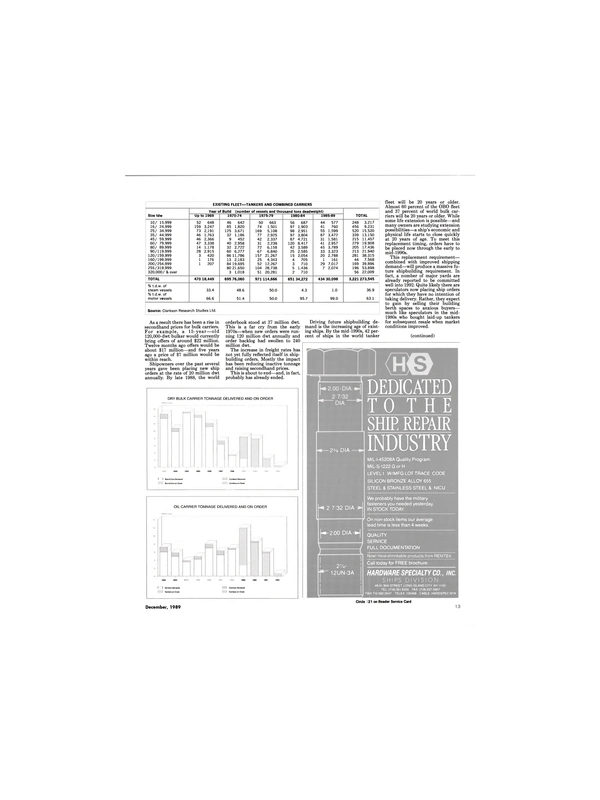