For the next few years, the world bulk fleet is expected to increase moderately at an annual rate of about 1.8 percent, according to the research department of the Oslobased shipbroker and consultant Fearnleys in its review, World Bulk Fleet January 1991.

Fearnleys expects, based on general market expectations and estimates of shipyard capacity, it will rise to around 516.5 million tons by January 1994, from a figure of 489 million dwt last month.

The predictions assume modest levels of ship demolition, which may be significantly higher than in 1989 and 1990, because of the poor technical condition of several of the older and larger units.

The world orderbook for such tonnage decreased by 2.3 million tons during the second half of 1990 to 49.7 tons. 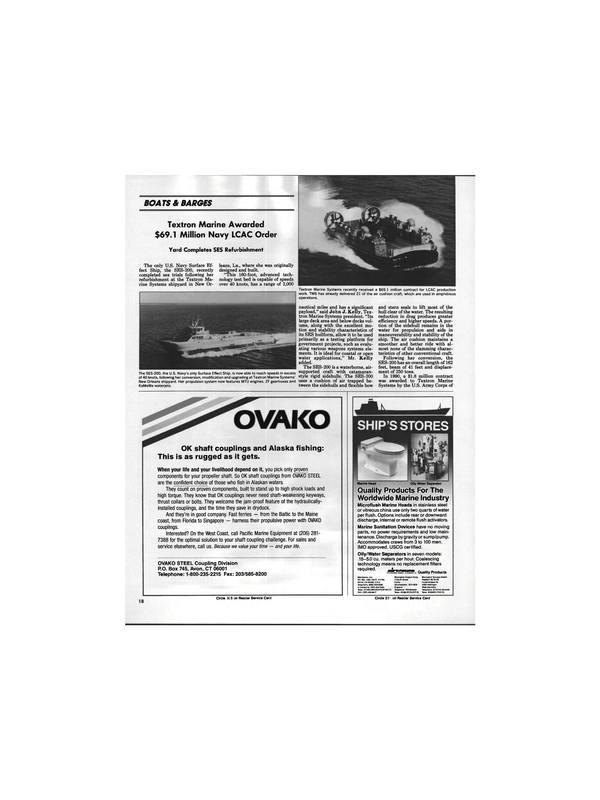