The hydrographic survey ship is the second of two sister ships under construction at Halter for the Navy in a $25 million contract. When completed, both ships will be operated by the Navy's Military Sealift Command for the Naval Oceanography Command whose members conduct the surveys.

The vessel is named in honor of George Washington Littlehales, who was an authority in the fields of magnetics, hydrography, oceanography and cartography, serving in the U.S. Hydrographic Office from 1885 to 1932.

The traditional bottle of champagne was broken on the ship's bow by Mrs. Lottchen V. Shivers, granddaughter of Mr. Littlehales.

Shivers, was the maid of honor.

The new ship is 208 feet in length, with a 45-foot beam and 22-1/2-foot depth. When completed, she will carry two 34-foot hydrographic survey launches and will be operated by a crew of 22 MSC personnel. This is in addition to an 11-member scientist/survey party.

The Navy has the responsibility to collect all hydrographic data outside the U.S. territorial waters. Data gathered on the survey missions undergoes initial processing at the Naval Oceanographic Office at the Stennis Space Center in Mississippi, before being turned over to the Defense Mapping Agency. There the data is used to prepare nautical charts for the armed forces and commercial interests.

For free literature detailing the shipbuilding and repairing capabilities of the Trinity Marine Group, Circle 47 on Reader Service Card 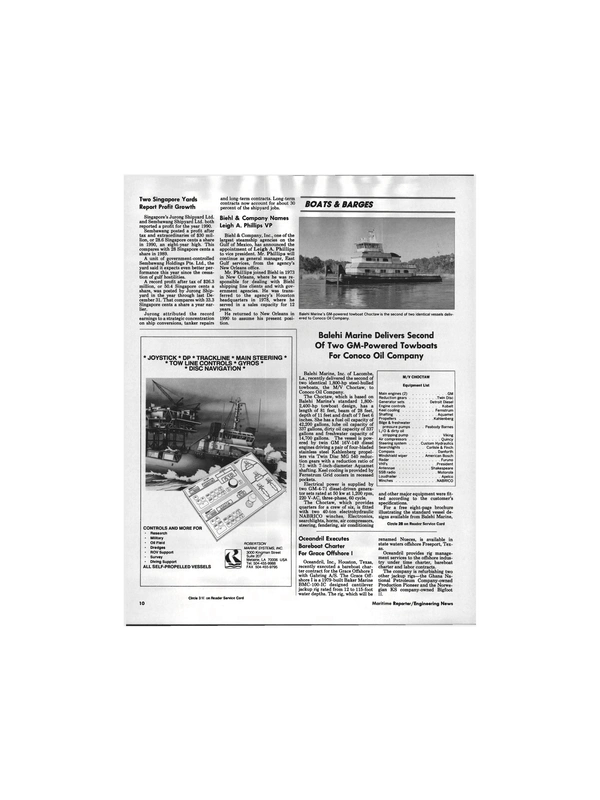