It was a Memorial Day Weekend tragedy onboard the famed 50-year old S.S. Norway, when an explosion rocked 2,000 passengers from their bunks, an accident which killed eight and injured 22. While thoughts immediately turned to terrorism, reports indicate that the explosion eminated from one of Norway's four boilers. The explosion and its aftermath is sure to put the spotlight on older ships and their maintenance habits, though it is far too early to predict any tangible changes.

By Regina P. Ciardiello, managing editor Basking in the limelight of its highly-publicized purchase of the S.S. United States (as seen in MR's June 2003 Yearbook edition), Norwegian Cruise Lines' (NCL's) moment was short-lived when the Norway incident occurred on May 25, 2003 — approximately one month after the company announced its intentions for the United States — as well as its new Homeland Cruising brand.

Inevitably the question will have to be raised regarding the fate of both old cruise ships and the United States — are they worth saving?

"I believe that the Norway boiler explosion will certainly bring increased scrutiny of the older steam powered vessels." said said John Waterhouse, president of Elliott Bay Design Group, a Seattle, Wash.-based Naval Architecture and marine engineering firm. "This will likely increase their already high (relative to newer vessels) operating costs. However, the older ships have little or no debt service so they will likely continue in service until phased out by SOLAS requirements." Colin Veitch, when questioned by MR/EN at a recent Propeller Club Luncheon in New York City, said "We're not worried at all." He admitted that bookings for the Norway were down, but the line is not concerned about this incident affecting the future of its plans for the United States, of which he said will boast all new equipment.

According to Maritime Matters, a web site dedicated to ocean liner history, the Norway underwent conversion between 1979 and 1980, when the vessel (then known as France) was purchased by Lauritz Kloster, owner of the then Norwegian Caribbean Line. Kloster, who purchased the France for $18 million and spent approximately $80 million converting the vessel at Lloyd Werft shipyard in Bremerhaven, Germany.

In 1984, according to MaritimeMatters, the ship was sent to Hamburg where its steam powered auxiliary machinery was replaced with diesel installations.

"Of course when the Norway (explosion) happened, I was concerned. Westover said. "But even if NCL decided to keep the original steam plant on the United States, it would have to be completely rebuilt," Westover said.

Unlike the Norway, which, for the most part, held a continuous itinerary since its christening, the United States has also been laid up for the last 34 years — its engines not fired since it was decommissioned, another point that Westover mentions. "The United States only sailed for 17 years... she doesn't have half the wear and tear that the Norway does," he said.

Peter Wild, of U.K.-based cruise consultancy firm, G.P. Wild (International) Ltd., doesn't seem to think that this recent turn of events for NCL will affect their plans to rebuild the United States. "I can't see how the two would be linked directly," he said. "It's more economical for NCL to operate the United States with new engines, galley arrangements, etc. However, an extensive examination will have to be undertaken by technical surveyors to assess how the United States will have to be re- fit for modern trading." While the recent events may not affect the S.S. United States, will it affect the fate of all older cruise vessels? "Obviously if there's a system failure, which was identified by NCL. then that might lead to added regulations, which could affect older cruise vessels," Wild said. "The industry is always looking to improve, especially if it's a safety issue." According to a statement by NCL that was issued on June 9, 2003, the boiler involved in the incident will have to be completely rebuilt, in addition to other technical spaces, automation systems and equipment that were damaged or destroyed in the past. The line has also decided to cancel the Norway's itinerary through September 28, 2003, with expectations of re-introducing the ship on October 5, a move that Wild quips is "a prudent move on NCL's part." With inspections taking longer than expected, the line had first estimated that subsequent repair work on the ship would take several weeks, but weeks soon turned into months, when it was confirmed by the NTSB that a high level of asbestos was detected in the boiler room. This, coupled with poor ventilation, and limited access, have slowed the investigation process. "When the Norway was constructed ( more than 50 years ago) asbestos was standard in boiler rooms," often used in this area to protect the piping, said Waterhouse. Indeed, it was confirmed last month by the NTSB that the asbestos was used to insulate the steam piping throughout Norway's boiler room. It has also been reported by the NTSB that investigators assigned to the Norway have had to wear personal protective clothing and equipment due to the asbestos in the inspection area. "If it's (the asbestos) encapsulated or contained, then it will not be a problem," Waterhouse said.

While the asbestos issue has helped to mire the NTSB's investigation process, NCL must now assess the best way to get the ship healthy and running again.

The NTSB report classifies the damages as "extensive," and the report notes that boiler No. 23's outer casing was ruptured, revealing the interior of the boiler to be viewed on the starboard aft section.

It also stated that the explosion "knocked out and opened doors three decks above the boiler." Coupled with this, the owner must also consider its power options for the ship, and is reportedly weighing the benefits of installing a diesel system.

According to a report, "Implications of Fleet Changes for Cruise Market Prospects to 2010" that was issued by G.P. Wild in 2001, there may still be hope for these aging transports. "Despite their age. these ships remain in service with a variety of operators. They are almost a 'living testament' to the great strength and quality to which ocean liners and other classic ship-types were constructed," the report states. 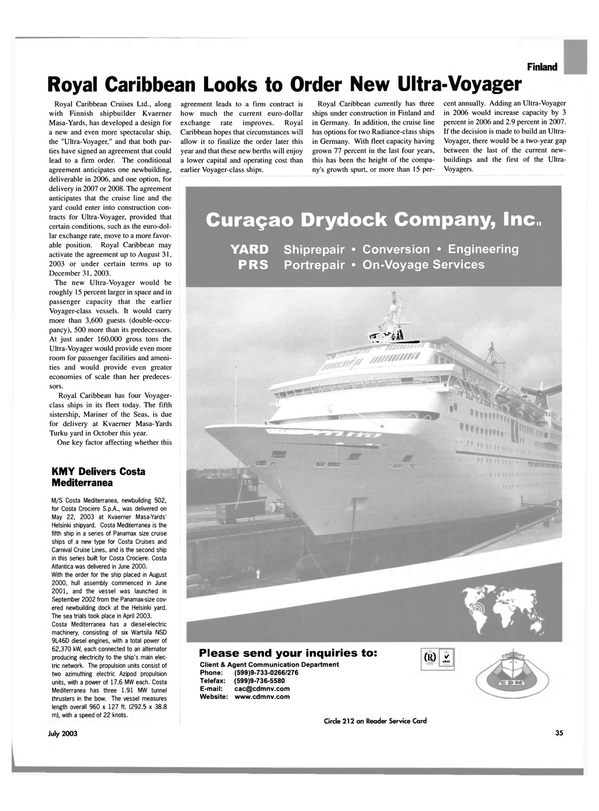