Drones: Is the Maritime Industry Ready?

Unmanned aerial systems (UAS), or “drones” in common parlance, are not a part of the historical maritime vocabulary. At least not yet. While the term “drones” may conjure images from science fiction, the reality is that companies are designing commercial UAS for the private sector, and they are gradually permeating our daily life. Henry Ford is rumored to have opined on his invention of the automobile that if he had asked people what they wanted, they would have said “faster horses.” In the case of UAS, they are quickly evolving into a useful maritime business tool due to the innovative opportunities they provide. 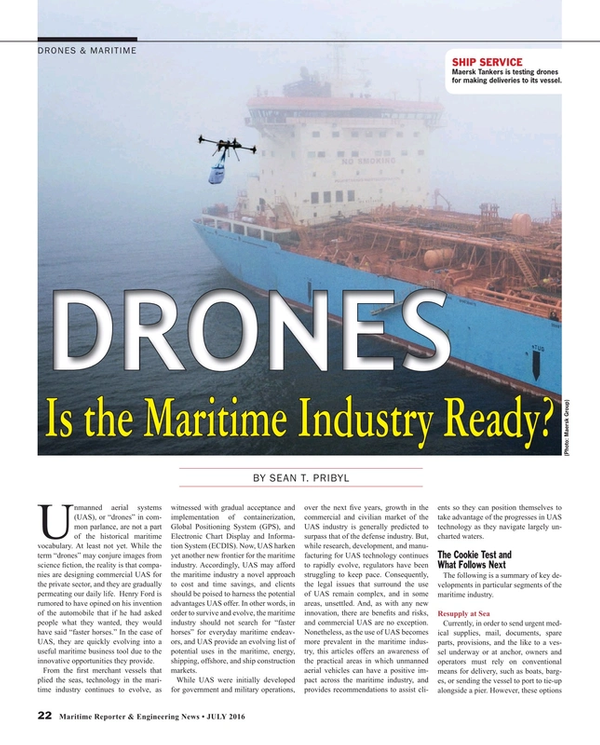