Biofouling was a backburner issue until 5 March 2017. On that day the Government of New Zealand ordered the bulk carrier DL MARIGOLD out of NZ waters after the vessel’s hull was determined to be excessively fouled with potentially invasive organisms including barnacles and tube worms. 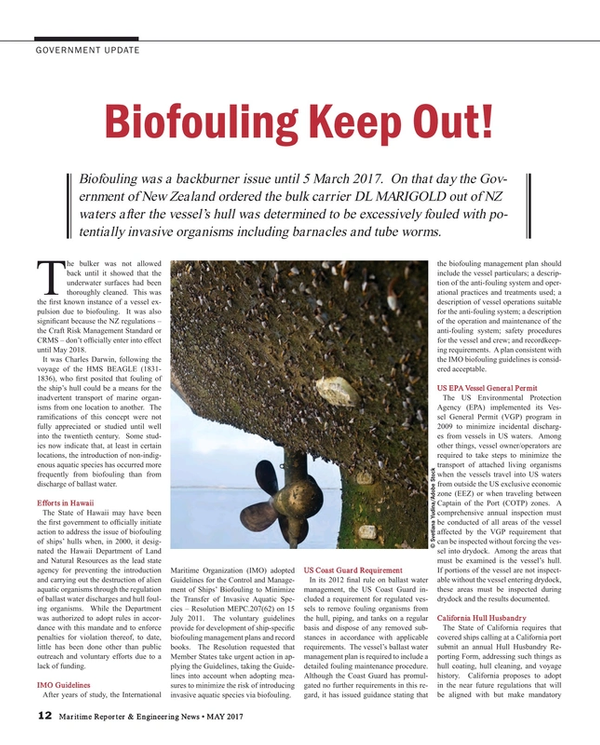 Read Biofouling Keep Out! in Pdf, Flash or Html5 edition of May 2017 Maritime Reporter