As I waited for my daughter’s decision regarding the peanuts she was contemplating, an Economist magazine headline grabbed my attention: Why Computers Will Never be Safe. We were in one of those unexceptional airport newsstands waiting for our flight, returning to reality from vacation, and the subject was cyber security. It was April, and the subject had consumed me since the previous summer as our company developed a potentially disruptive cyber security management platform for the maritime industry. One’s last vacation day is always a bit grim as the mind shifts from concerns of leisure to work. And mine was cyber security. 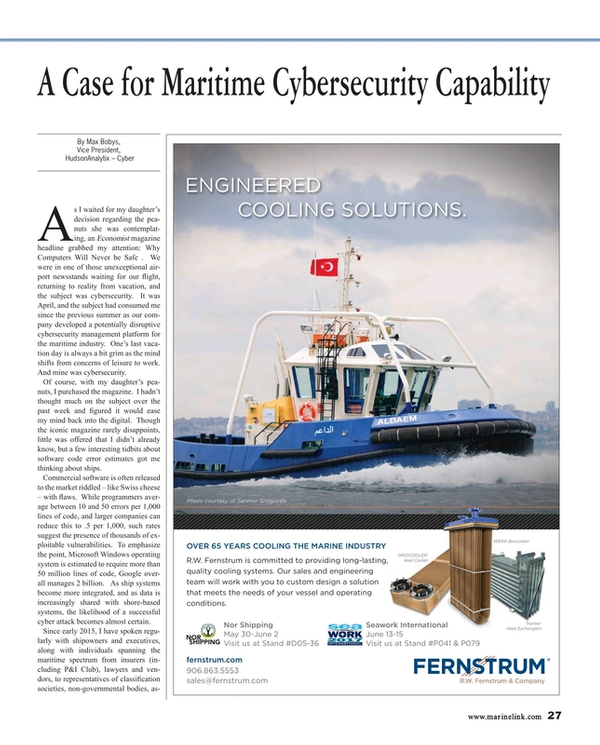 Read A Case for Maritime Cyber Security Capability in Pdf, Flash or Html5 edition of May 2017 Maritime Reporter