Hybrid drive and potential fuel savings are well known — from 10 to 30 percent, according to the sources we’ve written about over the years. Less known, is the potential need to purchase some sort of remote monitoring package to complement that diesel-electric or battery hybrid system from a system operator in order to secure the maximum safety benefits. As the count of system operators offering hybrid drives grows, so too, it seems, there’s continuous need to look at who they are and what they’re offering. 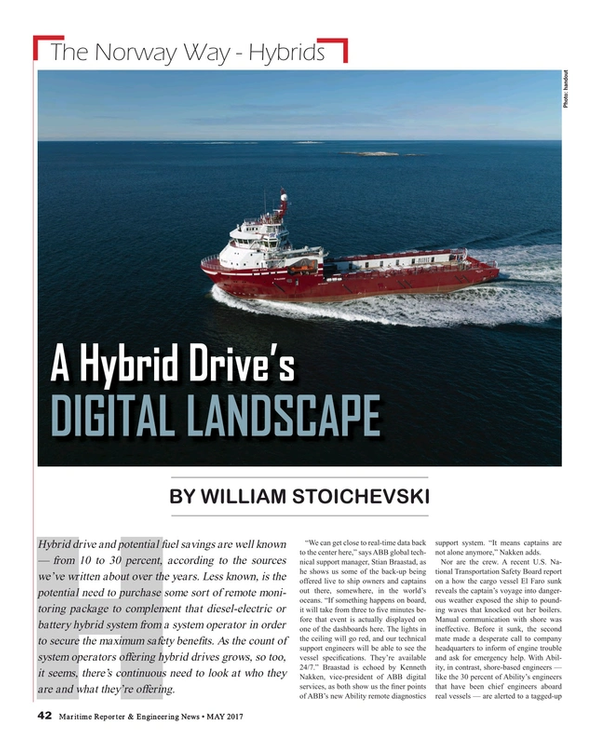 Read A Hybrid Drive’s Digital Landscape in Pdf, Flash or Html5 edition of May 2017 Maritime Reporter