The Vancouver International Maritime Centre (VIMC) is on a mission to grow the city and port into one of the world’s premiere maritime centers. Maritime Reporter & Engineering News recently spoke with Kaity Arsoniadis-Stein, Executive Director of the newly re-established VIMC, for her insights on the pace and direction of the initiative. 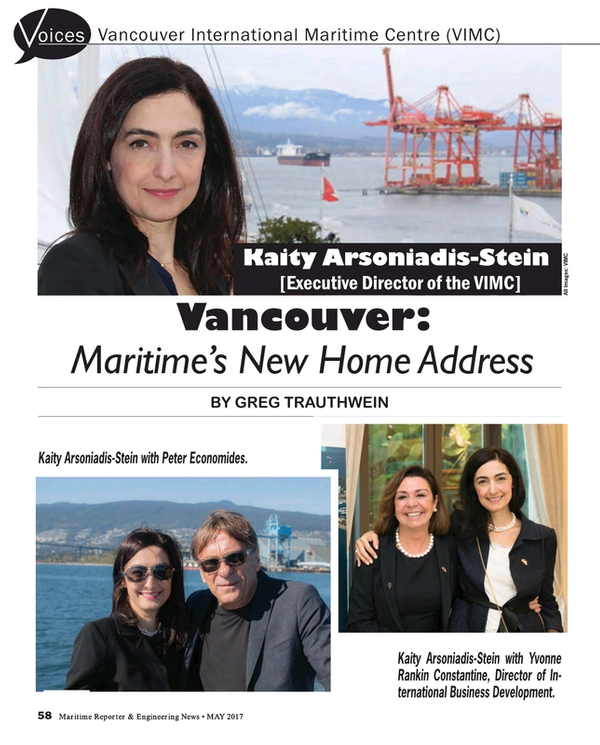