Dredging: Digging Deep for a 'WIIN'

In the waning days of 2016, the outlook brightened dramatically for the big U.S. dredging contractors. Just before Congress dispersed for the Holidays, then-President Obama signed a pivotal piece of legislation – the Water Infrastructure Improvements for the Nation (WIIN) Act, S612. Key aspects of the bill: 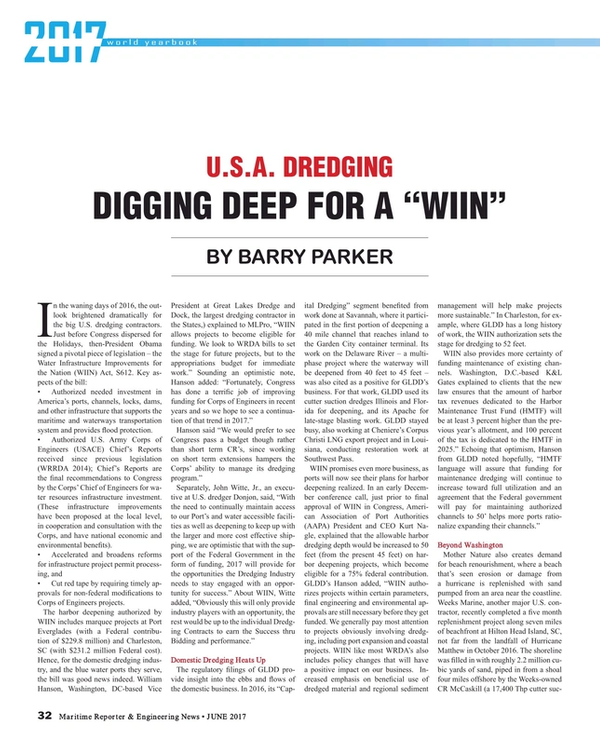