Three years ago coatings giant Jotun was buying up real estate for U.S. market access and location savings. The effort to get closer to its shipping and offshore customer base is still underway with research aimed at protecting client assets in frontier areas like the arctic. An R&D expansion at Flixborough in the U.K. and in the Arctic archipelago of Spitsbergen aims to make active the fire response of passive surface treatments. There’s a need to address fires in enclosed steel workplaces plus high-temperature hydrocarbon fires. 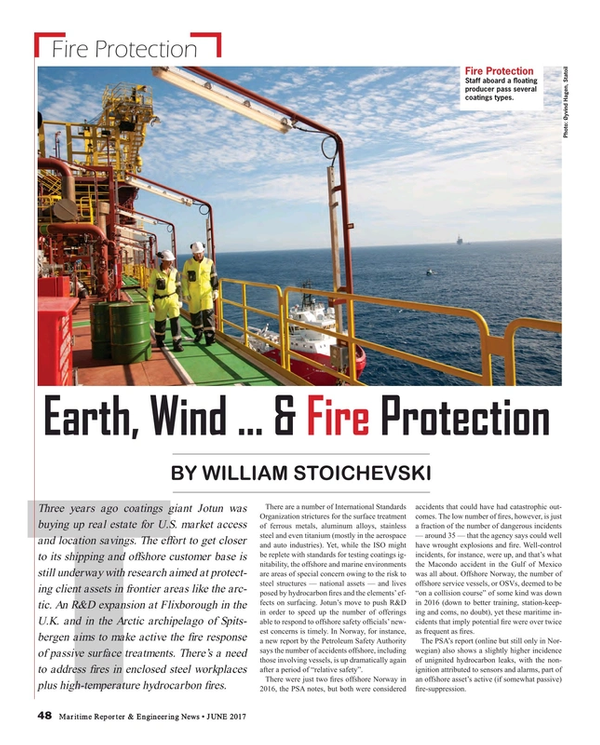