Melting Sea Ice: A Canary in the Coal Mine

The rapid loss of Arctic sea ice is a sentinel. Most of us will never venture into the Arctic, but it can and does provide us with a forewarning of impacts coming to our parts of the Earth – and some of the most significant impacts will directly affect the maritime industry. 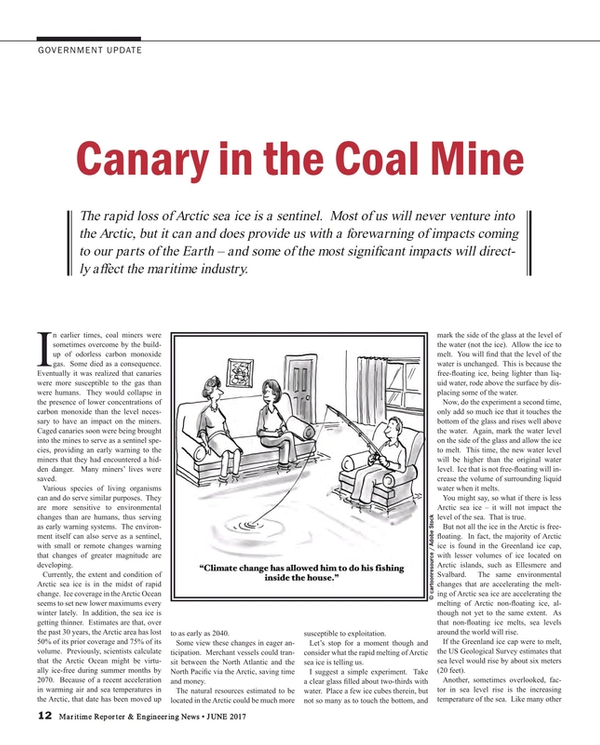 Read Melting Sea Ice: A Canary in the Coal Mine in Pdf, Flash or Html5 edition of June 2017 Maritime Reporter