At MPT, Training is Personal

Step into MPT’s new state-of-the-art S.M.A.R.T. simulation center in Fort Lauderdale and Captain Ted Morley lights up. While the center is packed with the very latest in maritime simulation software and hardware, his eagerness to usher us through the new building transcends any new technology, because at MPT mariner training is personal; it always has been, and if Captain Morley has his way it always will be. 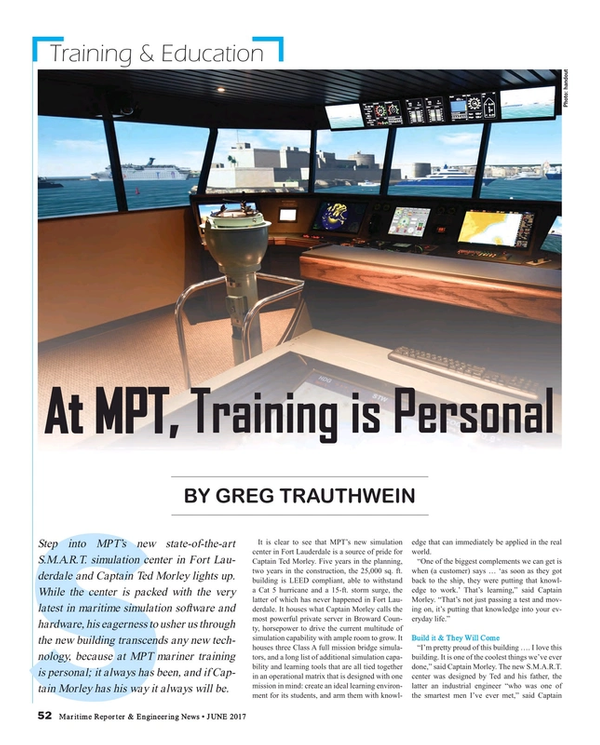 Read At MPT, Training is Personal in Pdf, Flash or Html5 edition of June 2017 Maritime Reporter