Ship owners can expect a rich digitalized offering from Kongsberg Group after the merger of its software-producing, oil-and-gas technology division; its maritime simulation (SIM) business and the company’s renewable energy department. Kongsberg Digital is the successor to these, and among the new entity’s cloudlike offerings are new ways to learn and train, as well as new SIM business models. Behind it all is the ultimate learning academy, one for all the world’s SIM and the Internet of Things — their trademarked digital “ecosystem”, Kognifai. 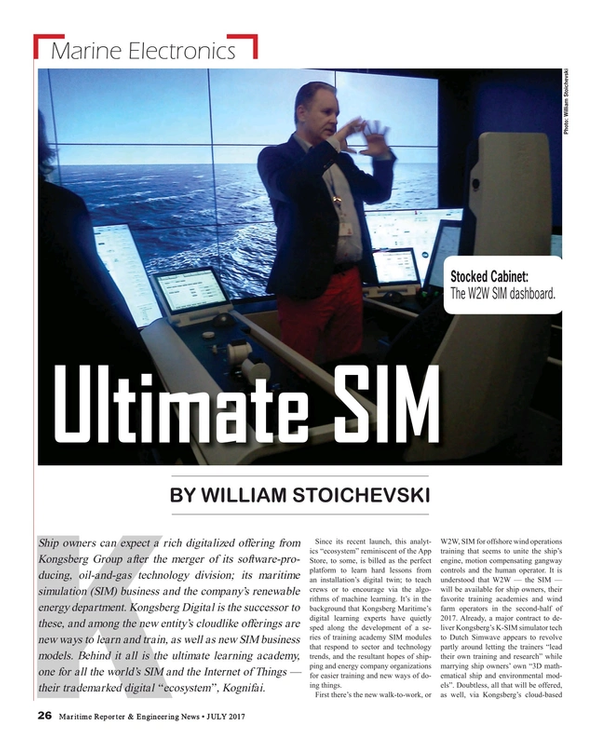