Iskes Towage & Salvage has signed an agreement with VSTEP for the delivery of two NAUTIS Tug and Offshore Supply Vessel (OSV) simulators. These simulators are the first units purchased for the new Iskes / Damen Training Center in Amsterdam. VSTEP will provide a 360-degree NAUTIS Full Mission Tug Simulator and a 240-degree NAUTIS Desktop Trainer. These Tug and OSV simulators will be expanded with another 360-degree Full Mission Tug Simulator so that a complete exercise scenario with the assisted vessel and two tugs (one at the stern and one at the bow) can be conducted.
www.nautissim.com 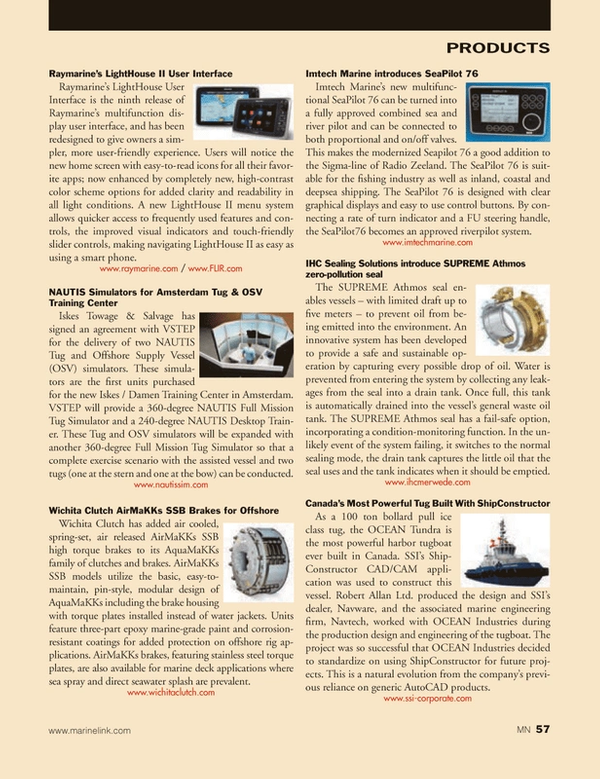