Following the integration of Sonardyne International Ltd.’s Solstice Side Scan Sonar with a Bluefin Robotics Bluefin-12 Autonomous Underwater Vehicle (AUV), the results of recent payload testing have produced exceptionally high quality imagery, according to the companies involved and attested by the photo gracing this month’s cover and to the left.
The most recent trials of the Bluefin-12 AUV with integrated Solstice were conducted from Bluefin Robotics’ headquarters in Quincy, Massachusetts, where the AUV was deployed from Bluefin’s vessel, the R/V Resolution, to perform short missions around the Boston Harbor area in approximately 15m of water. Each mission consisted of legs of 500m, during which the AUV flew in a pattern commonly known as ‘mowing the lawn.’
“We are pleased with how quickly we were able to integrate the sonar and collect high-quality data,” said Will O’Halloran, Marine Operations Manager at Bluefin Robotics. “The imagery is some of the best I have seen in my 10 years of operating AUVs and reviewing data sets. The Solstice sonar is an excellent payload option for our clients who want exceptional imagery from low-logistics, rapidly-deployable AUVs.”
“A pipeline end manifold (PLEM) surveyed during the trial provided an excellent target to show the resolution and contrast performance of Solstice. This PLEM consists of a large square template, pipe and mattress protectors; you can see where the individual elements of the mattress are clearly resolved in the imagery,” commented Nick Swift, Sonardyne’s Business Manager for Maritime Security. “This imagery is further proof of Solstice’s exceptional image quality and is thanks to advanced processing techniques, inbuilt technologies and a unique array design for minimizing multipath effects.”
www.sonardyne.com 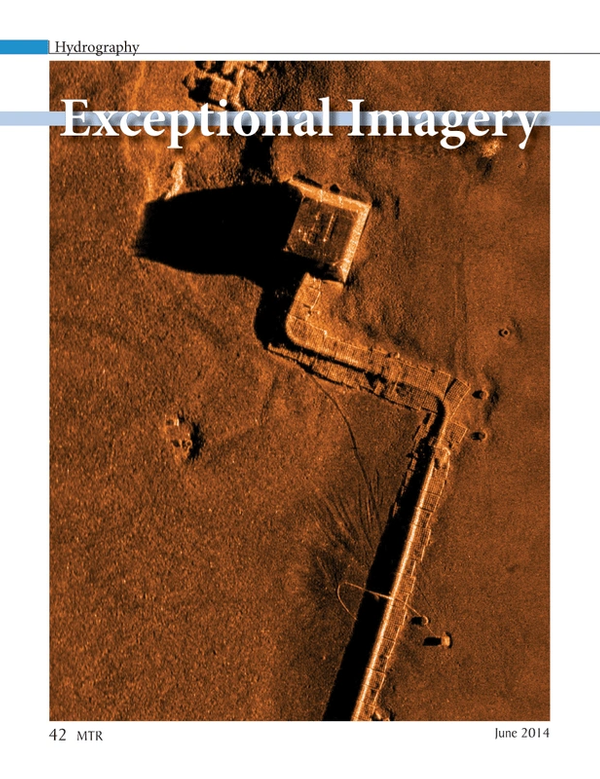