The Imagenex Model 881L-GS sonar, which employs a low drift gyroscope as well as a magnetic compass, is designed to be capable of correcting for orientation changes at a rate in excess of 500 degrees per second, which allows it to compensate for sudden turns and inadvertent bumping or jarring. Therefore, scan lines are displayed without blurring, compression or smearing effects in all modes of operation, be it polar, sector or North-up. The North-up mode references the sonar image to true north when using an appropriate variation input. Regardless of platform heading changes, the sonar is able to keep the target continuously at the center of the scanning sector. Positional changes of aspect relative to the target are easily compensated by clicking the “Set Gyro Reference” button on the screen.
www.imagenex.com 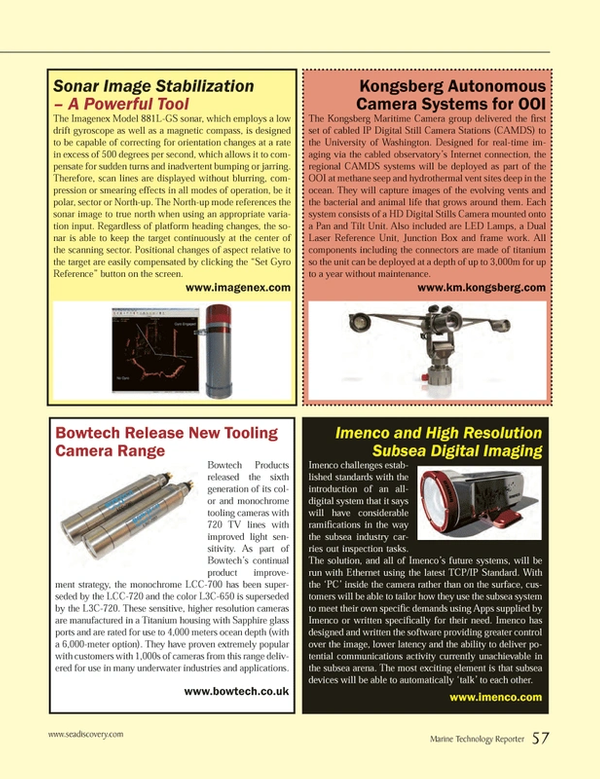