In his new position, Mr. Kindl will be responsible for the total operation, dispatch and marketing of the fleets and harbor tugs at Reserve, St. Rose, and New Orleans, La. He will be located at Triangle Fleeting Corp.'s headquarters at their new fleet site in Reserve about October 1. Triangle will offer marine services consisting of tug shifting, barge cleaning and topside repairs to the barge industry throughout the New Orleans area.

Mr. Kindl is a 1970 graduate of the University of Missouri, with a degree in business administration.

He is a member of the World Trade and Traffic Club of New Orleans, and serves as vice president of the Greater New Orleans Barge Fleeting Association. 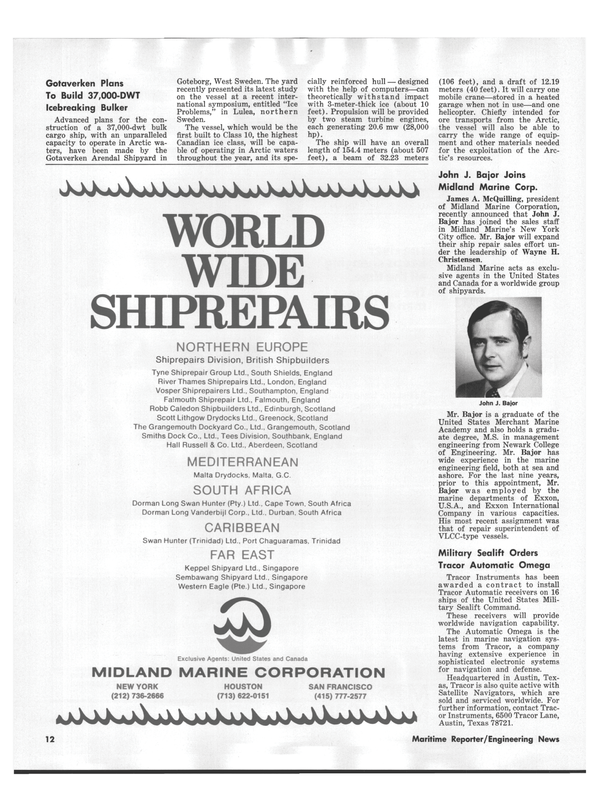