The Marine Repair Division of Zidell Explorations, Inc., was the successful bidder for the extensive repair and refitting of the seagoing hopper dredge Biddle, operated by the U.S. Army Corps of Engineers. The dredge contract involves one of the largest repair jobs ever bid by Zidell.

Charles Puch, contracting officer representative, said the bid s t i p u l a t e d t h a t the Biddle be ready to go to sea no later than 25 calendar days after the ship tied up at the Zidell dock.

Repairs to or replacement of over 73 parts of nine systems make this a highly detailed job, with all repairs carried out to exacting specifications, said Mr.

Puch. Among the systems to be worked on are the hull architectural system, including liferaft replacement and lifeboat repairs, the navigation and communication system, drag hoisting and rigging equipment, dredge pumps, discharge and distribution system, the hopper area and its operating gear, steam plant, generator plant and mechanical services systems.

About 35 tons of steel will be replaced in the hopper area. The steam system will require replacement of 1,868 c o n d e n s er tubes of 70/30 copper nickel. Much of the work on the Biddle will involve checking and, usually, replacement of worn parts of the dredge's dragarms and dragheads.

Zidell Explorations, Inc. is a Portland, Ore.-based company engaged in the repair of ships and barges and the manufacture of barges. Two other divisions manufacture fittings and valves extensively used in the petrochemical and pipeline industries. 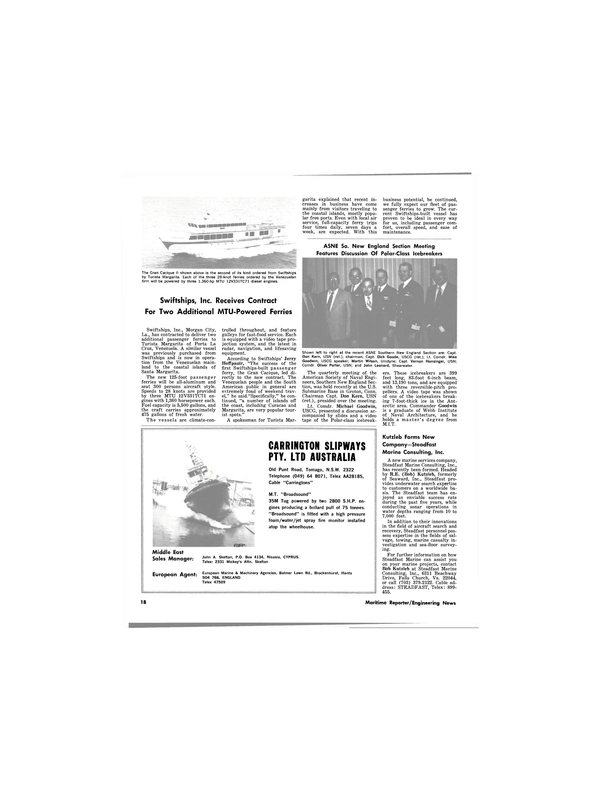