He had been working at the company's headquarters in Oslo.

Announcing the appointment, Erik Waage- Nielsen, president, commented that North America has been developing as a key center of worldwide operations for Barber Blue Sea.

"Mr. Miles is thoroughly familiar with our global operations, and this New York assignment is a further step in consolidating our activities in North America," he said.

Hafsten headed up Barber Blue Sea's North American operations. In New York since 1973 as vice president and general manager, Mr. Hafsten guided the company during a period when it converted from conventional ships to new equipment, including the versatile SuperCarriers introduced last year. He is returning to Oslo, where he will serve as vice president, planning and development.

Before being appointed executive vice president for BBS in 1978, Mr. Miles held executive positions with Ocean Transport & Trading, Ltd. of Great Britain, one of the three partners in BBS. His last position with Ocean, which he joined in 1972, was as a director of the liner division in Liverpool.

The other partners in the BBS operations are Wilh. Wilhelmsen of Norway and Brostrom Shipping Company of Sweden. BBS operates services from all coasts in North America to destinations in the Middle East, Southeast Asia, the Far East, and Venezuela. 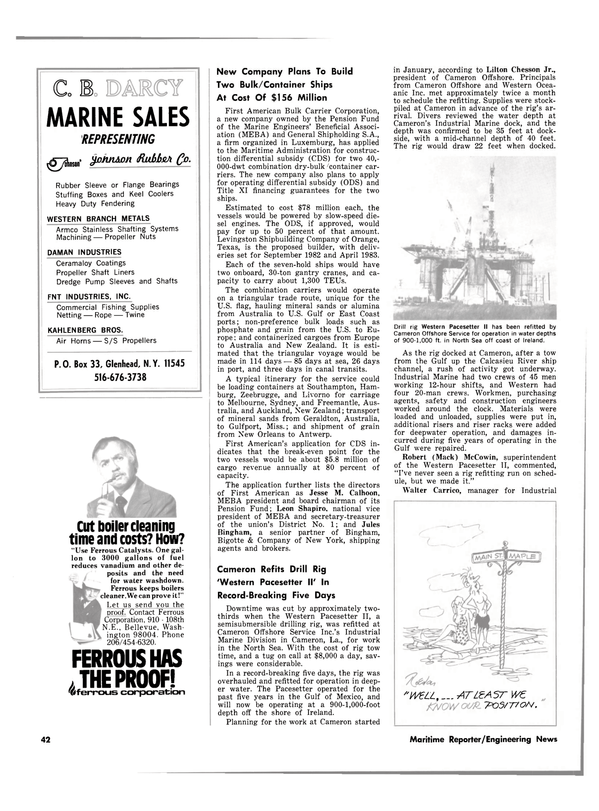