Nils Lucander, Lucander Designs of San Perlita, Texas, has announced the formation of a design a s s o c i a t i o n with Dave J.

This association, says Mr. Lucander, came about because of a mutual need. The Texas firm is overloaded with design work of all kinds, while Mr. Dowhos, after several years of pleasure craft design, now wishes to enter the commercial design field. In addition, Mr. Dowhos has specialized in the mathematics of vessel design design, an area where Mr. Lucander requires additional expertise due to the heavy work load in other areas.

The association's first design, sponsored by the local fisheries department, is a 34-foot 6-inch seiner for Lake Winnipeg in the Province of Winnipeg, Canada. It is to be built locally of aluminum alloy.

The new seiner can safely operate in as little as two feet of water and still have full protection for both propeller and rudder.

In addition, the firm has just been awarded a contract for the design of an 80-foot steel seiner by owner Stephen Gough of Campobello Island, New Brunswick, Canada.

This new vessel will follow the basic design criteria that Mr.

Lucander developed in 1971, when he incorporated a propeller nozzle and a controllable-pitch propeller in the first shrimp trawler fitted with this energy-saving system.

At the time, when fuel conservation was not a major factor, the trawler World Peace saved over 30 percent fuel when towing nets, over 50 percent when free running, as compared to standard trawlers. 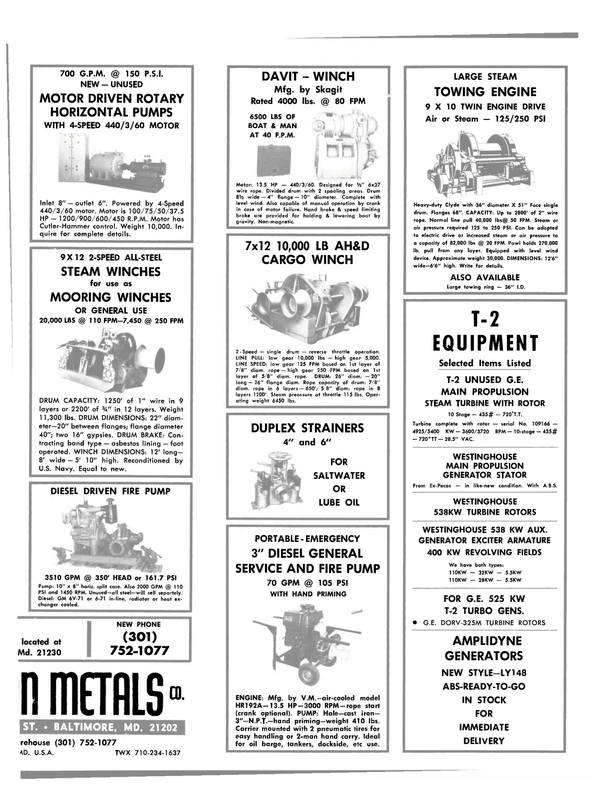