Red Fox Industries, Inc. of New Iberia, La., has purchased Port Fabricators, Inc., a Port of Iberia ship repair yard and fabricator of jackup drilling barges. The final papers in the acquisition, the latest in a series of recent expansion moves by the company, were signed recently with Port Fabricators' owner Louis Michot of Lafayette, La.

The 9.5-acre plant, located on the commercial canal at the Port of Iberia, was established late in 1977. Included in the purchase are the company's lease and all improvements and equipment at the site.

Beldon Fox Jr., vice president of Red Fox Industries, stated that all of the Port Fabricators' approximately 70 employees were added to the Red Fox payroll, which prior to the acquisition, numbered about 500 at the port and the Red Fox Machine and Supply Company.

The new acquisition will be renamed Red Fox Fabricators, Inc.

Its corporate structure and relationship to the other Red F ox companies are still under consideration.

This purchase is the latest in a series of recent expansion moves by the company.

Other expansions include the completion of the main fabrication plant at the port, doubling its capacity; increasing pipe shop a c r e a g e from one-half to five acres; and purchasing the former Halliburton site at the port, which will be used f o r heavy fabrication.

Plans f o r the future include enlargement of the corporate headquarters building, moving the machine and supply company to recently purchased property at the Acadiana Regional Airport, and establishing an in-house training facility.

Another growing activity of the company is its sales of locally manufactured marine sanitation devices, through 40 domestic representatives and a growing network of agents abroad.

Currently, the Red Fox MSDs are sold in 30 countries around the world, and agreements f or them to be manufactured overseas under license are under consideration. 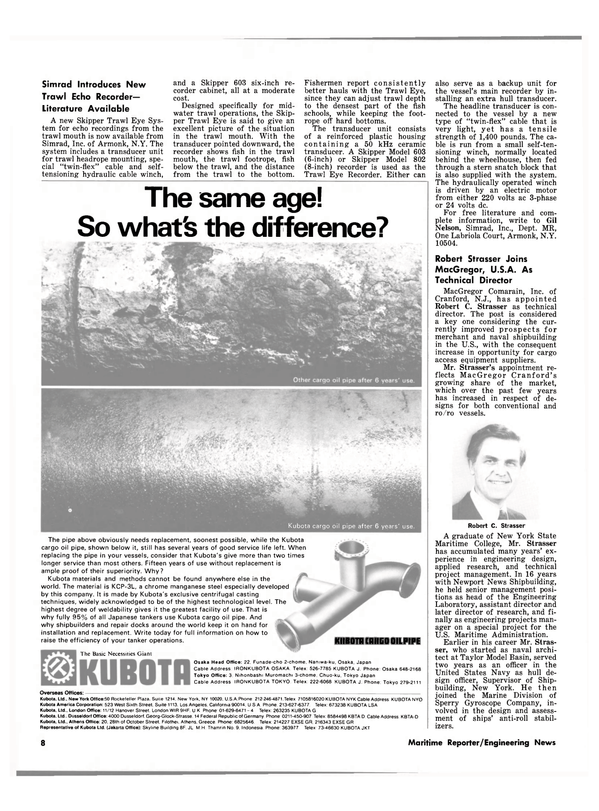