Alimar S.A. of Buenos Aires, Argentina, has purchased a Boeing Jetfoil for operation in the Rio de la Plata area between Argentina and Uruguay. The announcement was made at recent launching ceremonies in Seattle by Adm. Victor Malatesta, president of Alimar. The Alimar Jetfoil was christened Montevideo Jet by Mrs. Malatesta.

The Montevideo Jet will be delivered in time to begin service for the 1980-81 tourist season. The sale is valued at approximately $13 million, including training, customer options, and shipping.

Alimar will offer Jetfoil service on the 32- nautical-mile route from Buenos Aires to Colonia, Uruguay, which has been served for 18 years by Alimar PT-50 surface-piercing hydrofoils. The Argentinian operator decided to begin the Jetfoil operation following a study of available craft to update its service. The Jetfoil features a fully submerged foil system, waterjet propulsion, and automatic computer control for a smooth ride at speeds up to 50 mph, even in rough water.

Alimar will also offer service over a new route from Buenos Aires to Montevideo, a distance of 130 nautical miles. The Montevideo Jet will carry 272 passengers and offer full food service from galleys on both decks.

It also will provide adequate space for baggage.

The Alimar operation will be the fifth Boeing Jetfoil service to begin this year.

Other passenger services were inaugurated in 1980 on the English Channel, the Irish Sea, in the Canary Islands, and in Puget Sound between Seattle and Victoria, British Columbia. Fifteen Boeing Jetfoils are now in service worldwide. 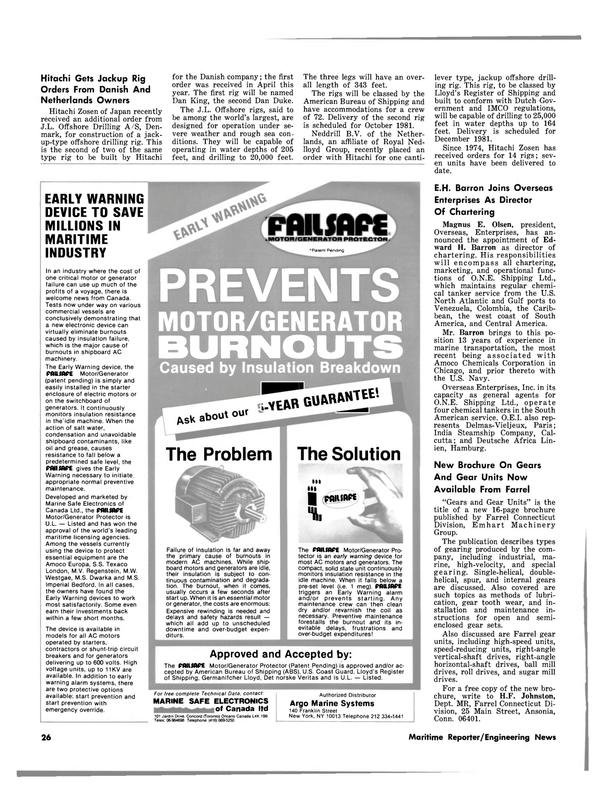