Southwestern Steel Division is headquartered in Houston, and produces carbon and alloy steels in plate, wide-flange, and bar forms primarily for the energy and marine markets. Its Houston producing plant is the largest integrated steel mill on tidewater west of the Mississippi River.

F.H. (Ted) Cheffy is president of the division. He joined Armco in 1956 and advanced through its steel sales organization to director of products and customer services for Armco's Eastern Steel Division. In 1977, he was named general manager of Union Wire Rope. 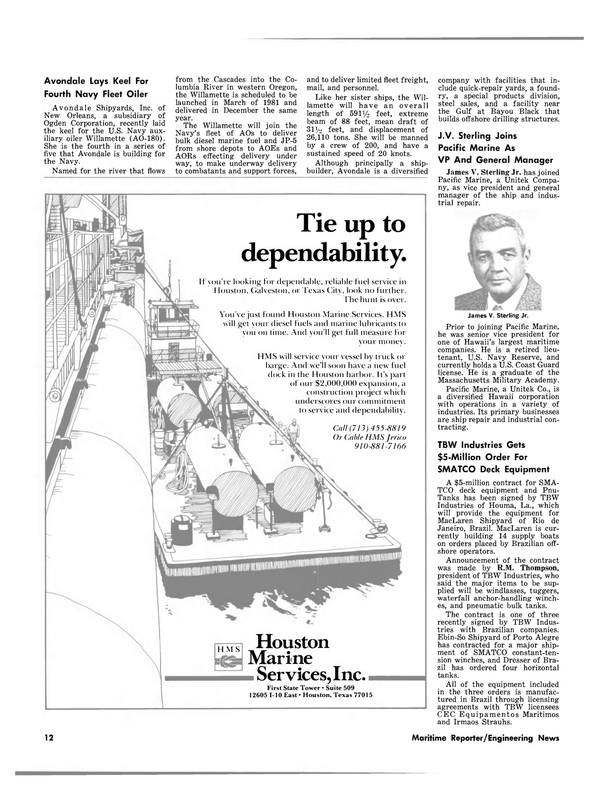