A recent keel-laying ceremony at National Steel and Shipbuilding Company (NASSCO) in San Diego initiated construction of a 126-foot midbody section for the first of three roll-on/roll-off (RO/ RO) ships that are being converted into Maritime Pre-Positioning Ships for charter to the U.S. Navy's Military Sealift Command (MSC).

The vessels are being converted for subsidiaries of Waterman Steamship Corporation. Upon completion, they will be timechartered to the MSC in support of the U.S. Marine Corps.

The Maritime Pre-Positioning Ship Program is an integral element of the Rapid Deployment Force concept of operations. This concept forms the backbone of the U.S. immediate response capability throughout the world by providing for the rapid deployment of a large combat force with equipment and supplies for 30 days of sustained operations.

The keel-laying ceremony took place between the two halves of the RO/RO ship that had been cut in two and separated. Insertion of the 126-foot midbody will give the converted ship an overall length of 826 feet.

Each Maritime Pre-Positioning Ship will be named for deceased Marine Corps Medal of Honor recipients.

NASSCO's first ship will be named Sergeant Macej Kocak for the marine who received the Medal of Honor posthumously for extraordinary heroism displayed in France during World War I I.

Completion of the three-ship contract, which will maintain approximately 2,500 jobs at NASSCO during peak manning, is scheduled for April 1985. 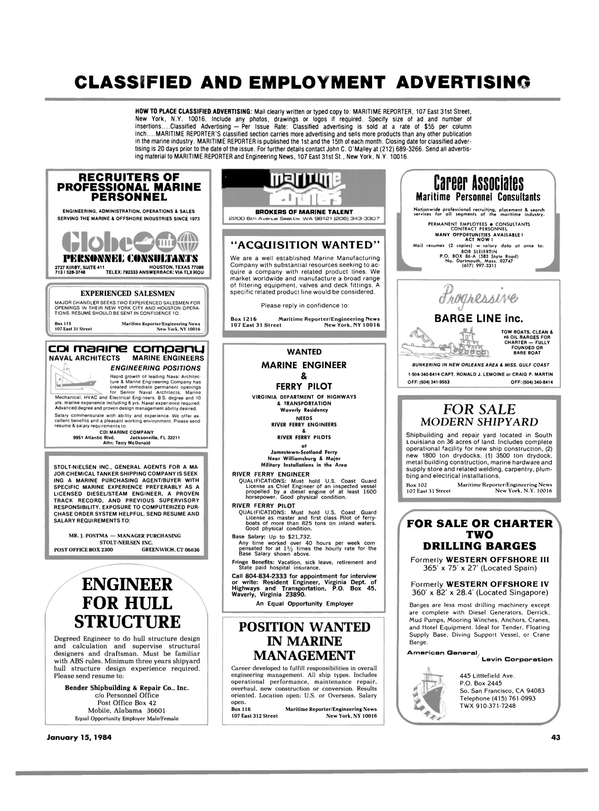