Europort 83, the 21st International Maritime Exhibition that was held recently at the RAI International Exhibition Centre in Amsterdam, was a resounding success in all respects, according to the organizer. At the close of the exhibition, many companies that had exhibited confirmed that they were well satisfied with the results they had achieved.

Europort is said to be the largest maritime exhibition in the world. The latest show, organized for the first time by RAI Gebouw BV, attracted just under 55,000 visitors from 74 countries.

The Europort Congress on International Maritime Finance was also attended by financial and maritime experts from all over the world. The many other special events held during Europort 83, such as the Maritime Technology Meeting Day, the meeting of the Royal Netherlands Shipowners Association, the CEDA Dredging Days, and a combined dinner and symposium for the fishing industry, were all regarded by their respective organizers as extremely successful.

The last day of the exhibition was known as the Inland Waterways Day. The masters of more than 500 inland waterways vessels took part in a visit to the exhibition and a program on reducing fuel costs and other matters.

The next Europort exhibition will be held at the RAI Halls November 12-16, 1985. 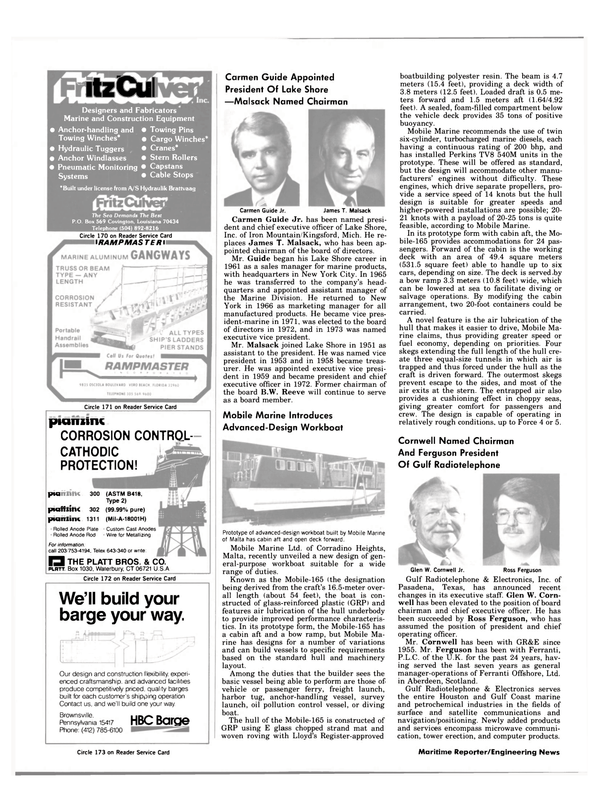