— Literature Available The S/S President, one of two old-fashioned riverboats recently brought to Port Allen Marine Service, Inc. (PAMS) for repairs, makes regular sightseeing runs along the Mississippi River. The last sidewheel packet boat to be built in this country, the 60-year-old President measures 290 feet long by 83 feet wide and is operated by the New Orleans Steamboat Company, a subsidiary of the Lake George Steamboat Company.

The repair work included replacing bottom plating, sandblasting and painting the hull, and working on the rudder, shaft, bearings and other underwater gear. The project cost approximately $140,000.

Although PAMS normally works on more modern boats, repairing historic vessels is well within the capabilities of the shipyard.

Walter Rodv, president of PAMS, said: "We at Port Allen Marine take real pride in the fact that we are a 'total service' shipyard and have earned a reputation for quality work and a quick turnaround." With modern and efficient facilities on the Gulf Intracoastal Waterway and in the Port of Baton Rouge, PAMS is among the most diverse shipyards on the lower Mississippi.

PAMS's main plant is located on 750 acres with 7,500-foot frontage on the Gulf Intracoastal Waterway Canal. Also at this site is the new construction facility with the capability of producing over 200 barges per year. During the past year, in addition to constructing open hopper coal barges and covered grain barges, this facility constructed and delivered two sulfuric acid barges to Stauffer Chemical Company of Dobbs Ferry, N.Y.

Also at this location is the main yard repair department featuring five drydocks ranging in size from 500-tons to 2,500-tons lifting capacity.

Over the past three years the repair department has drydocked and repaired an average of 765 vessels (boats and barges) per year, replacing some two and onequarter million pounds of steel per year. These departments, supported by a fully equipped machine shop, electric shop, and paint/ sandblast facility, allow PAMS to have a multitude of projects underway at the same time.

PAMS's River Plant, located on the Mississippi River three miles south of Baton Rouge, houses a top side repair facility with over 600 feet of repair dock space as well as capabilities of performing midstream repairs to deep draft oceangoing vessels. Also at this location is PAMS's gas freeing and cleaning plant which is equipped to handle 100 barges per month, treating and disposing of all wastes, including acids, alkalis, chemical residues, halogenated organics. and oil sludge with strict adherence to all regulations established by the Louisiana Department of Natural Resources as well as the U.S. Environmental Protection Agency. 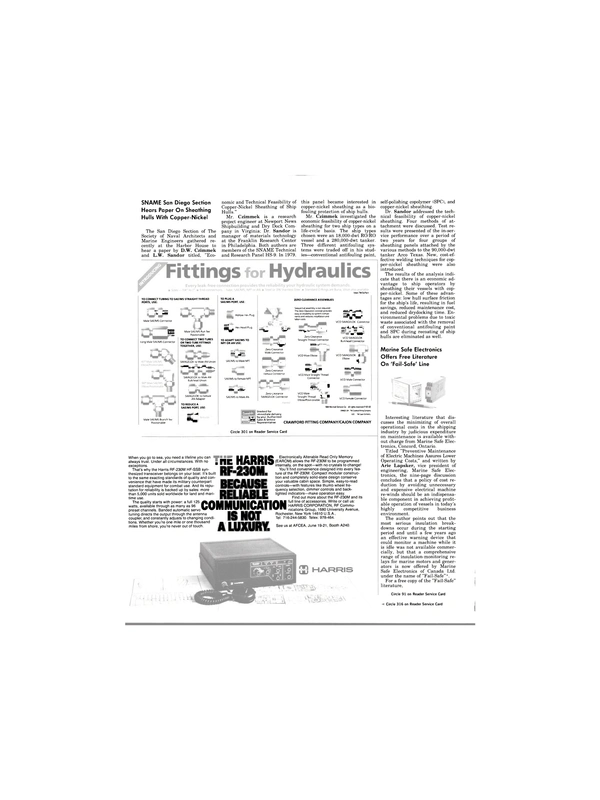