The Philadelphia is a virtual copy of the pilot boat Delaware, built for the Association by Gladding-Hearn in 1979, but the new boat incorporates some minor changes and improvements not found in her sister vessel. These include heated handrails, a second radar, and a slightly altered pilothouse. Aside from these added features, both vessels offer their operators identical performance and amenities.

It was in 1979, in a trend-setting move, that the Delaware Pilots brought their operations ashore.

The delivery of the Delaware was an integral part of this innovative change in operations. She gave the pilots their first all-weather, highspeed craft for making the longer runs from shore to the rough waters off the Delaware Capes. Although the Delaware Pilots have four other boats, all built by Gladding-Hearn, they are not as fast as the Delaware and the new Philadelphia. Largely because of the versatility and performance of the Delaware, the move ashore has proved to be an outstanding success for the Delaware Pilots.

As the Delaware Pilots typically have two boats in service at any given time, it is reasonable to assume that these Gladding-Hearn twins will see the lion's share of Delaware Bay piloting service. While the older boats will still be used for their individual specialties, such as in heavy ice, the Philadelphia and the Dela- ware can be expected to earn the continued popularity and respect of the Delaware Pilots. Now, when one boat is removed from service for maintenance, her dependable twin sister will remain on station to make the temporary loss easier on the pilots. 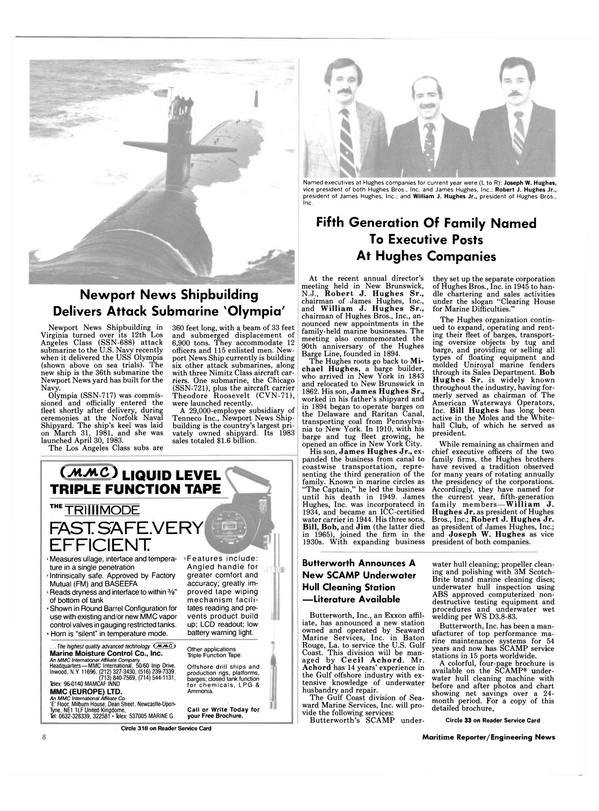