The Seattle Fire Department in Washington recently completed the training of crews for its new 26-knot fire boat, the Chief Seattle. With three Detroit Diesel 16V92TI engines rated at 1,000 shp at 2,300 rpm, driving both propellers and fire pumps, the boat can reach waterfront fires in a hurry and deliver 7,500 gpm of water.

The Chief Seattle, which was designed by Nickum & Spaulding Associates, Inc., and built by Nichols Brothers Boat Builders, replaces the department's 1909 vintage fireboat, the Duwamish, which will now be retired.

Both the Duwamish and the Alki, built in 1927, will pump more water—the Duwamish 22,800 gpm and the Alki 18,200 gpm. But studies of the fire-fighting needs that preceded the designing of the Chief Seattle revealed that no fire in Seattle in the last 20 years had required more than 7,500 gpm capacity. On the other hand, the fireboat needed to get to fires quickly in the increasingly sprawling port, and to dampen wake while on patrol. These requirements dictated the relatively hefty horsepower and the planing hull of the boat.

Nichols Brothers Boat Builders of Whidbey Island, Wash., delivered the boat to Seattle in October. At the ceremonies at Waterfront Park in Seattle, during which the boat was turned over to the city, project supervisor Capt. Richard A. Colombi, said: "Our older fireboats were built primarily to fight fires in the lumber mills and wooden buildings that once ringed the Seattle waterfront. These boats pumped a lot of water but only traveled 12 miles per hour. The Chief Seattle not only can respond speedily to a fire at 30 mph, but can also drop a rescue boat over its stern and pick it up again. It also provides emergency medical treatment as complete as a Medic 1 van." The new vessel also has a computer that can display information about hydrant locations and other data about waterfront docks. The computer can also report fire-fighting information about each of the Washington State ferries.

The Chief Seattle will be stationed at the city's waterfront Station No. 5 at Alaskan Way and Madison Street.

Three Worthington 8LR20, 2,500- gpm, 150-psi pumps—powered through a take-off with Systems Engineering clutches by the main engines— provide a total pumping capacity of 7,500 gpm for the four monitors on deck and atop the wheelhouse. All deck and underwharf monitors were provided by Stang Hydronics of Orange, Calif.

An 8-inch, 5,400-gpm "water cannon"atop the wheelhouse is controlled in azimuth and bearing from the wheelhouse. It is mounted on a telescoping tower that can be raised to 45 feet. The foam system was provided by National Foam. A 3-percent solution of Triple F foam can be delivered through the water cannon with a nozzle change.

The hydraulic system is powered by "three-in-one" pumps from Commercial Shearing. Electrohydraulic steering system and controls were designed by Wagner Engineering and provided through W.E. Hough Marine of Seattle.

The vessel has been classed as Maltese Cross A-l for Harbor Service by the American Bureau of Shipping.

Nickum & Spaudling, designer of the Chief Seattle, is at work on two more fireboats. The Seattle naval architecture and marine engineering firm is designing an 83-foot, 15-knot fireboat for San Diego, Calif. This vessel will deliver 10,000 gpm of water. The firm is also doing a feasibility study of the fireboat needs for the harbors in Honolulu, Hawaii. 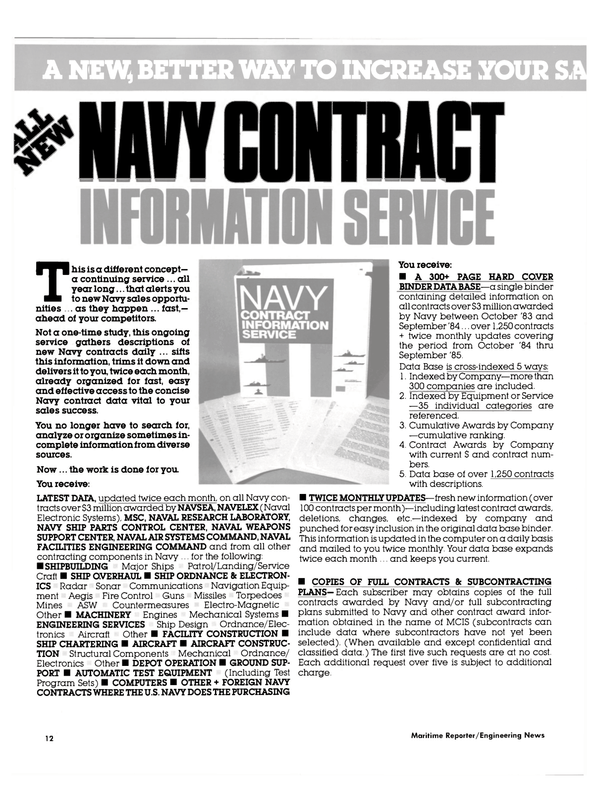