Among new orders recently announced by Hagglunds are two from Dutch yards, totaling 21 cranes; an order at the Donghae yard in South Korea and Bangkok for four 40t SWL container cranes of L-2 type; four general cargo vessels building at Jurong yard in Singapore will each have two 35t SWL container cranes of L-2 type; ten 25t G-2 type cranes will be fitted to two bulkers on order by India; in Europe, a Norwegian vessel will be retrofitted with the new GL-2 type crane of 40t maximum capacity; and an order for 24 deck cranes has been placed with Hagglunds by a Turkish shipyard.

Another of Hagglunds' main markets is West Germany. In 1988, orders were received from Bremer Vulkan, HDW and Flender Werft for about 20 cranes of both service and general cargo types.

Recently, in cooperation with Scandinavian Crane AB, a 37-ton crane was erected at the Swedish inland port of Koping. The crane is basically an electro-hydraulic Hagglunds G type unit on a railborne portal and mast adapted to the requirements of the Port of Koping. 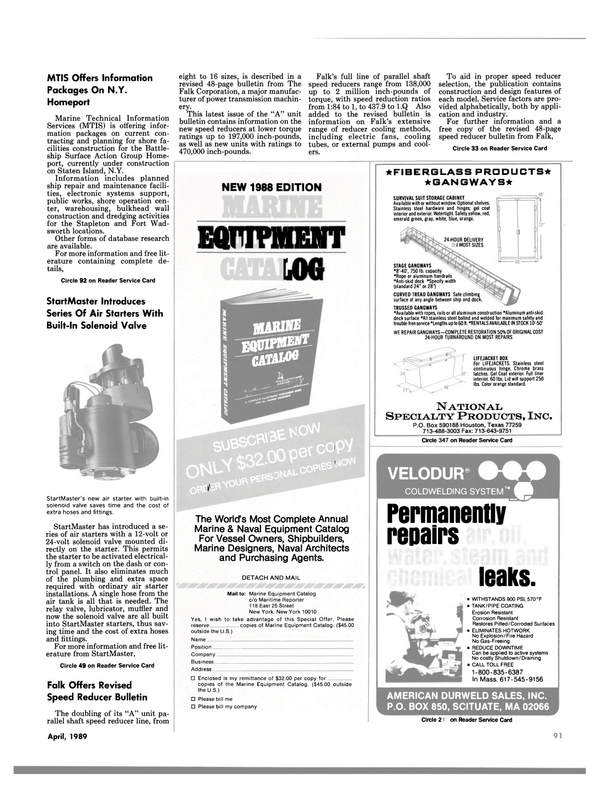