Chiles Offshore has executed two firm nine-month contract extensions with Shell Exploration & Production Company for the use of the ultra-premium jackup dilling rigs the Chiles Magellan and the Chiles Columbus in the U.S. Gulf of Mexico. The Chiles Magellan has worked for Shell since May 2000 on a well-to-well basis and will start its ninemonth contract period at the beginning of August 2001.

Advance Procurement Given For Amphibious Assault Ships The Avondale Alliance, led by Northrop Grumman Avondale, has been awarded $113.2 million for advance procurement of long lead materials for ships five and six in the San Antonio Class LPD 17 Program.

Design work is complete and the first ship in the program is in production.

To date, contracts in excess of $2 billion for four ships have been awarded in the 12-ship program with the eight additional ships planned in the next four to five years. Eight of the ships will be built at Avondale in New Orleans, while four are currently planned for production at Bath Iron Works in Maine, including the fifth ship, which was part of last month's award. Start of fabrication on LPD 18, New Orleans, will begin at Avondale in February 2002; LPD 19, Mesa Verde will commence at Bath Iron Works in July 2001. 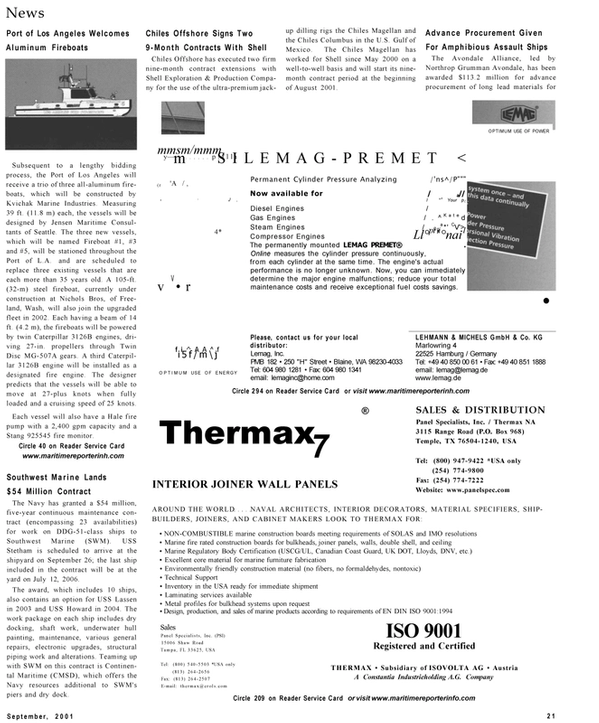