Bidding War Comes to an End

The heated bidding war for what was left of American Classic Voyages' Delta Queen Steamboats abruptly came to an end at the beginning of May with Delaware North Companies sealing the deal for the vessel pair.

As originally reported in the May 2002 issue of MR/EN, (see Delta Queen Makes A Comeback, page 3), Chicagobased Waveland Investments and New Orleans-based Uniworld had submitted bids for the two steamships - Delta Queen and Mississippi Queen - the two remaining ships of the line, which declared bankruptcy this past October.

Waveland submitted its $3.75-million bid, with intentions to take over the vessels following their auction on May 3.

Delaware North, however had other plans.

The Buffalo, N.Y.-based company, which specializes in hospitality, retail and food service, acquired successfully all the assets and business of the Delta Queen Steamboat Co. — including the two above-mentioned steamboats — as well as the American Queen.

The company plans to assume ownership of the brand, following federal regulatory approval within the next month. 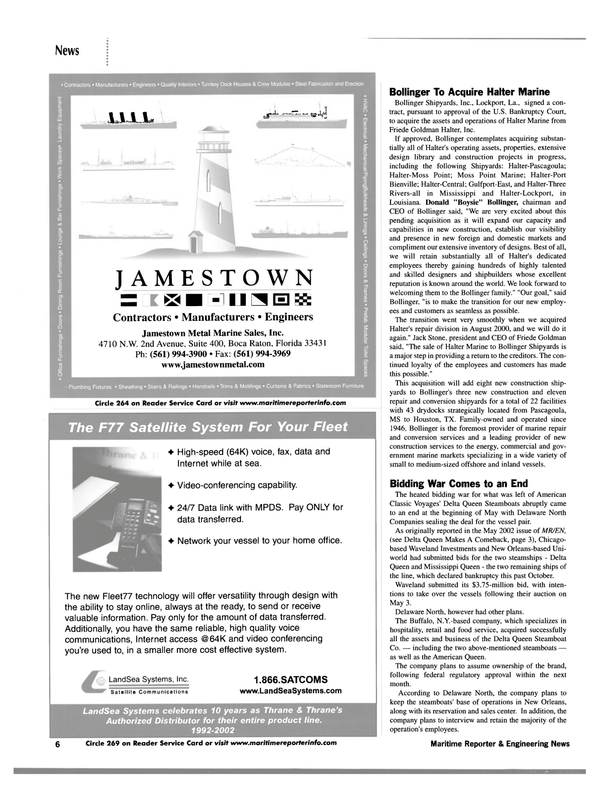