A bold investment policy by TTS Technology of Bergen has hoisted the Norwegian group into the world's top three equipment suppliers in its specialized market segments. In many minds, the TTS name is synonymous with shipyard production systems and design, which remains an important part of its activities. But diversification and acquisitions since 1997, reaching a new highpoint with the purchase of Hamworthy KSE's dry cargo division and takeover of cranemaker Hydralift Marine at the tail end of last year, has seen the emergence of a powerful new force in the market for shipboard equipment, including total vessel packages. Annual turnover has doubled to approximately $96.3 million as a result of the absorption of Hamworthy KSE and Hydralift Marine, and the group is set fair for income growth.

The Marine Cranes Division has been formed from the existing TTS-Norlift augmented by Hydralift Marine, while the long-established business in shipyard production and heavy load handling equipment as well as recently developed activities in container terminal systems have been vested in TTS Handling Systems 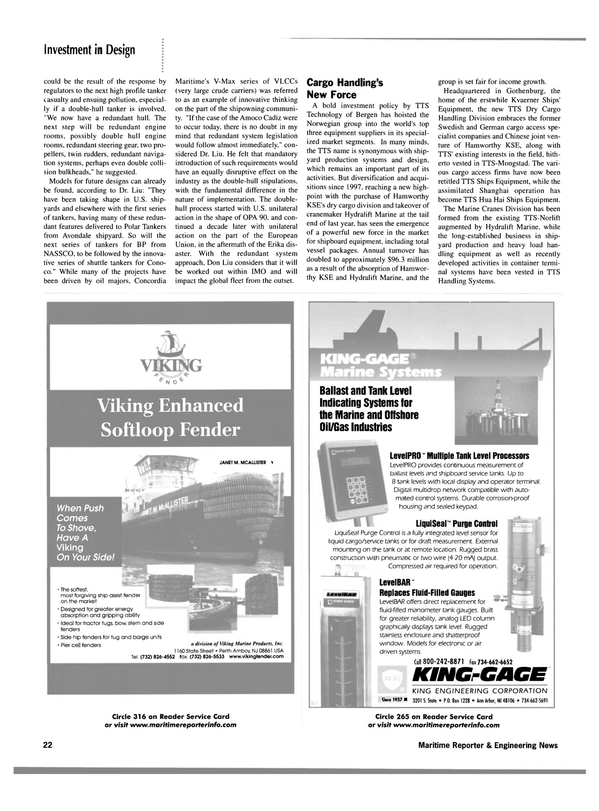