(NKM). The new company, which will be known as SeaStar Alliance will serve the worldwide marine and offshore coating market.

NKM is a joint venture between Kansai Paint Co. Ltd. And BASF/NOF Coatings Co. Ltd. — all of which are major players in the international coatings industry. This joint venture, presently services more than 20 percent of the considerable Japanese market for marine coatings. Jotun, which is a leading participant in the marine coatings throughout Europe, South Africa, the Middle East. Southeast Asia, South Korea. China, Australia and the Americas — holds a marketshare close to 20 percent.

The SeaStar Alliance will provide customers with access to the world's largest single-supplier range of advanced coatings.

In the crucial task of replicating, in TBT free products, the predictable fouling control offered by conventional selfpolishing antifoulings, NOF has provided groundbreaking development of silyl-based copolymers, which serve as the cornerstone for NOF's Takata Quantum and Jotun's Sea Quantum antifoulings. 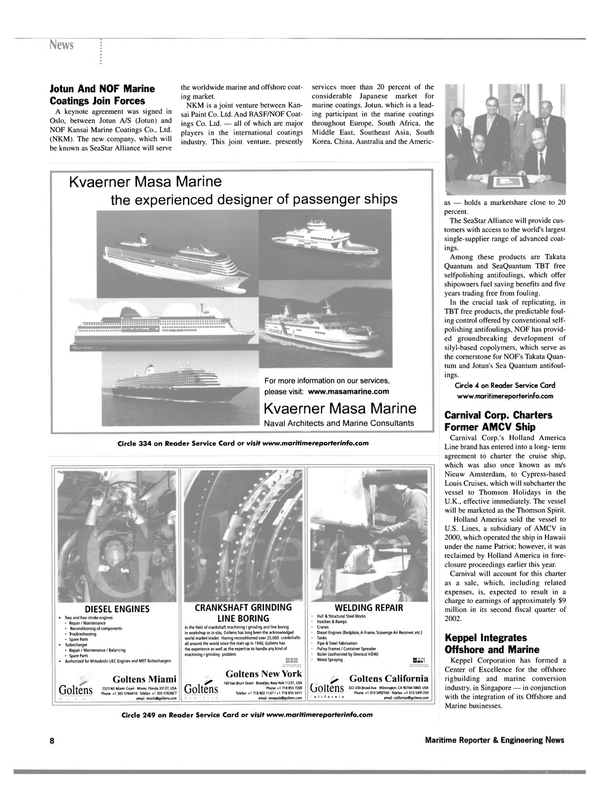