"This transaction balances and diversifies United Defense's portfolio, gives us a strategic growth platform and expands our mission to support the U.S.

Navy with superior technology and services," said United Defense president and CEO Tom Rabaut. "As the leader in non-nuclear ship repair and modernization, United States Marine Repair brings a track record of excellence, expertise and on-time delivery. This acquisition is an ideal fit that complements United Defense's current programs for the U.S. Navy." Rabaut said United Defense expects this transaction to be immediately accretive to earnings in the second half of 2002 in the range of approximately 5 to 10 percent annually. United Defense expects the acquisition to add approximately $200 million in incremental revenue in 2002, all in the second half of the year, Rabaut added.

"This acquisition reflects our long-term strategy to increase revenue, profits and shareholder value by expanding our role as a leading systems integrator and prime contractor for the U.S. Department of Defense and allied militaries," Rabaut said. "Naval ship modernization is a national defense priority. 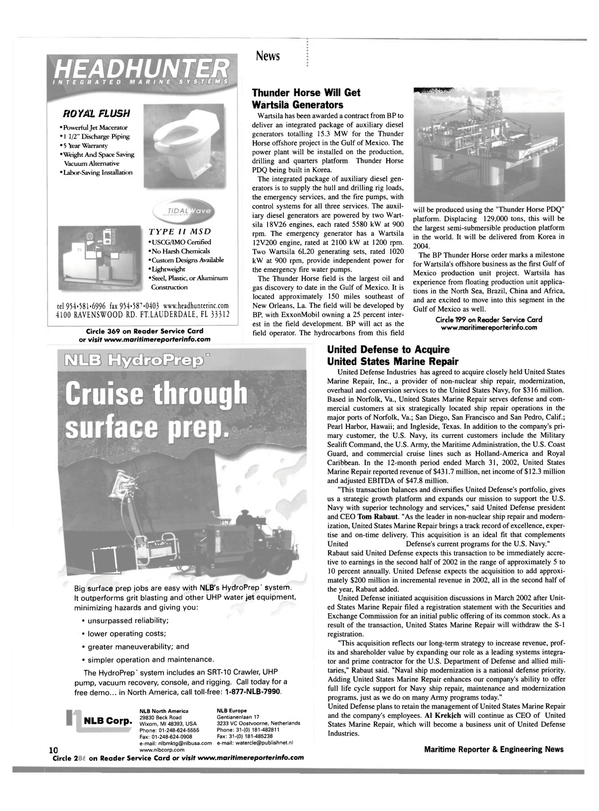